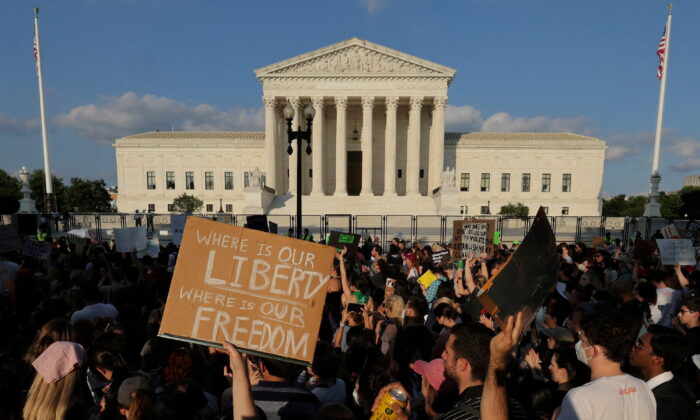 A judge in North Dakota has temporarily halted the state’s “trigger law” abortion ban from beginning on July 28, allowing the only remaining abortion clinic in the state to continue the procedure.

Burleigh County District Judge Bruce Romanick granted the order to the Red River Women’s Clinic on July 27, one day before the state’s near complete ban on abortion was to take effect.

In 2007, North Dakota lawmakers approved a trigger law that, if the U.S. Supreme Court were to overturn the 1973 Roe v. Wade decision, would restore the state’s authority to prohibit abortion. The trigger law—which bans abortion except in the case of incest, rape, or the health of the mother—was supposed to take effect on the 30th day after the state attorney general certified that the official judgment had been issued by the Supreme Court.

North Dakota Attorney General Drew Wrigley took that step on June 28, meaning that the trigger abortion ban was scheduled to begin on July 28.

The state’s sole abortion clinic, Red River Women’s Clinic, filed a lawsuit arguing that Wrigley acted prematurely and that it takes 25 days after the Supreme Court releases an opinion for the court to issue an official judgment.

On July 27, Romanick ruled in favor of the clinic, agreeing with the argument.

Wrigley “prematurely attempted” to implement the trigger law, and the attorney general’s certification was improper without the U.S. Supreme Court’s certified judgment, Romanick wrote in his opinion.

The U.S. Supreme Court issued its certified judgment in the case of Dobbs v. Jackson Women’s Health Organization on July 24.

Abortion Clinic Will Move to Minnesota

The North Dakota court granted the motion from Red River Women’s Clinic for a temporary restraining order prohibiting the implementation of the trigger law until the attorney general “follows the provisions outlined in the triggering language or until future order of the Court.”

In light of State District Court Judge Bruce Romanick’s decision, Wrigley said, “I will officially re-certify what has been clear from the day that the United States Supreme Court handed down its decision in Dobbs: Roe v. Wade has been reversed, and [North Dakota’s abortion trigger law] shall be given its full effect, in accordance with its provisions.”

Romanick’s ruling allows Red River Women’s Clinic, based in Fargo, to continue facilitating abortions in the state until the trigger law officially comes into effect.

Meanwhile, the clinic has plans to relocate a few miles across the state line to Moorhead, Minnesota, where abortion is still legal, ABC News reported.