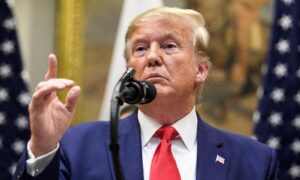 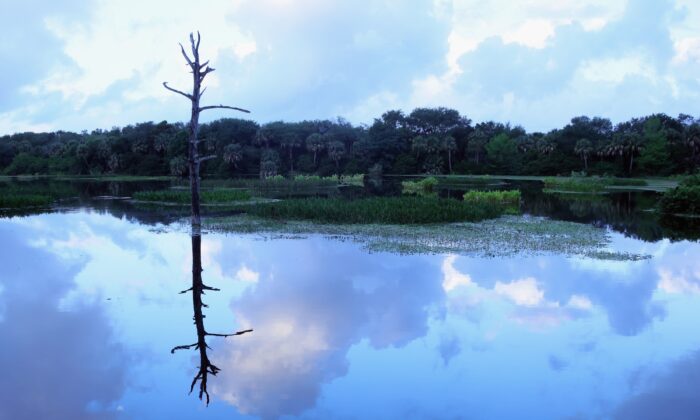 A wetland is seen in Florida in a file photograph. (Bruce Bennett/Getty Images)
US News

A A federal judge on Monday struck down a Trump-era rule aimed at promoting economic growth by enabling the alteration of smaller bodies of water and waterways.

Márquez, an Obama nominee, vacated and remanded for reconsideration to the Environmental Protection Agency (EPA) and Army Corps of Engineers the Navigable Waters Protection Rule, which was put into place on April 21, 2020.

The EPA, which was sued by tribes, had asked that the rule be remanded without vacatur, or remanded but kept in place for the time being. Businesses that intervened in the case, including the National Stone, Sand, and Gravel Association, did not oppose that position. Plaintiffs had pushed for remanding and vacating the rule.

The rule was announced last year following former President Donald Trump’s executive order that the Waters of the United States Rule should be reviewed. He said the rule should “ensure that the Nation’s navigable waters are kept free from pollution, while at the same time promoting economic growth, minimizing regulatory uncertainty, and showing due regard for the roles of the Congress and the States under the Constitution.”

The rule scaled back the types of waterways and bodies of water the federal agencies have jurisdiction over.

The tribes argued that the agencies overstepped their authority with the rule and that the rule excluded waters from the protections required by the Clean Water Act.

Márquez largely sided with the plaintiffs, finding that the concerns “are not mere procedural errors or problems that could be remedied through further explanation” but “involve fundamental, substantive flaws that cannot be cured without revising or replacing the NWPR’s definition of ‘waters of the United States.'”

“Accordingly, this is not a case in which the agency could adopt the same rule on remand by offering ‘better reasoning or … complying with procedural rules,'” the judge said in her 11-page ruling.

Under the 2020 rule, more than 300 projects that would have required permits under the previous rule have been allowed to go forward without permits, according to the federal agencies.

“The court recognized that the serious legal and scientific errors of the Dirty Water Rule were causing irreparable damage to our nation’s waters and would continue to do so unless that Rule was vacated,” Janette Brimmer, an Earthjustice attorney who represented the plaintiffs, said in a statement.

“Small headwater streams are fundamental to the protection and restoration of salmon and our way of life,”added Guy Capoeman, president of the Quinault Indian Nation. “Today’s ruling will protect all waters on which the Quinault people rely.”

An EPA spokesperson told news agencies that the agency was reviewing the ruling.

The EPA and Department of the Army had said last month that they intended to revise the definition of “waters of the United States,” a key part of the 2020 rule.

The agencies said they planned to issue a “foundational rule” that would restore the regulations defining the phase that were in place for decades until 2015. They were also planning to launch a separate rule-making process that would establish an “updated and durable definition” of the phrase.

The judge in the same ruling also left in place, for now, a rule promulgated in 2019 that repealed the Obama-era Clean Water Rule.