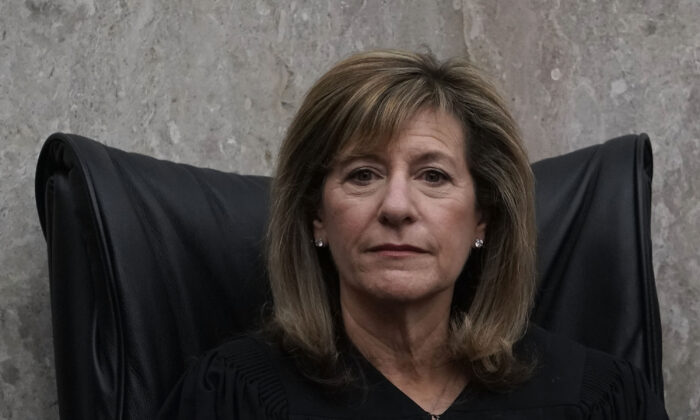 The federal judge presiding over the case of former Donald Trump adviser Roger Stone argued that she’s not biased, after Stone’s team moved to disqualify her over remarks praising the “integrity” of jurors during Stone’s sentencing hearing.

Attorneys for Stone, an associate of President Donald Trump, filed a motion (pdf) on Feb. 21 asking Judge Amy Berman Jackson, an Obama appointee, to recuse herself because she praised the jurors before deciding on Stone’s request for a new trial, which rests on the issue of whether the jurors were impartial.

Jackson said in a new court order dismissing Stone’s motion to disqualify her that her remarks praising the jurors came as part of an explanation about “why defendant’s lies to Congress mattered.”

“Sure, the defense is free to say: So what? Who cares? But I’ll say this: Congress cared. The United States Department of Justice and the United States Attorney’s Office for the District of Columbia that prosecuted the case and is still prosecuting the case cared. The jurors who served with integrity under difficult circumstances cared. The American people cared. And I care,” Jackson told the courtroom.

Jackson said her praise of the jury didn’t purport to and didn’t address a motion Stone filed about an unnamed juror.

She said her remarks didn’t meet the standard of “an extrajudicial source” that the Supreme Court has outlined. The Supreme Court ruled in a 1994 case that opinions formed by the judge during a trial don’t “constitute a basis for a bias or partiality motion unless they display a deep-seated favoritism or antagonism that would make fair judgment impossible.”

“In other words, judges cannot be ‘biased’ and need not be disqualified if the views they express are based on what they learned while doing the job they were appointed to do,” Jackson said.

Jackson leaned into her praise of the jury, writing that jurors “were uniformly punctual and attentive” and delivered “thoughtful communications with the Court during deliberation and the delivery of the verdict.”

Stone’s team asked for a new trial after his team alleged that a juror misled the court regarding her ability to remain “unbiased and fair” and that the juror attempted to cover up evidence that would contradict her claims that she was impartial.

Anti-Trump social media posts made by the forewoman of the jury came to light shortly before Stone’s filing. Some of the posts clashed with Tomeka Hart’s assertions to the court that she didn’t “pay that close attention” to the probe into Russian interference in the 2016 election. Hart frequently posted about developments of that probe, which was headed by special counsel Robert Mueller and found no evidence of conspiracy or cooperation between Trump or his campaign and Russian actors.

Hart told the judge that there was nothing about what she’s heard or read about Stone that would affect her ability to judge him fairly. She said she couldn’t recall anything specifically she’d heard or read.

“So I recall just hearing about him being part of the campaign and some belief or reporting around interaction with the Russian probe and interaction with him and people in the country, but I don’t have a whole lot of details. I don’t pay that close attention or watch C-SPAN,” she said, according to a court transcript.

Hart’s Twitter account was full of posts about the special counsel’s investigation, including a retweet of a January 2019 post from a CNN contributor that attempted to downplay allegations that the FBI’s raid on Stone’s house wasn’t warranted.