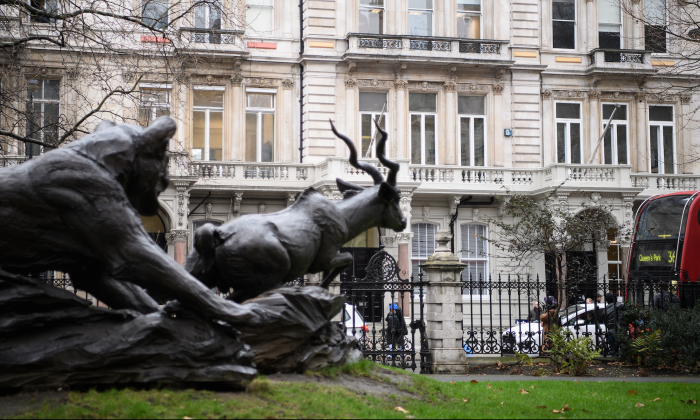 A federal judge on Aug. 19 ordered the FBI to search for records related to former British spy Christopher Steele after his termination as the bureau’s confidential human source.

District Court Judge Christopher Cooper said that the public interest in the documents outweighs Steele’s privacy rights and ordered the FBI to complete the search within 60 days, according to court documents.

Steele became one of the central figures in the scandal surrounding surveillance of Donald Trump’s 2016 presidential campaign after Steele was identified as the creator of the infamous Trump dossier. The FBI used the dossier as evidence to obtain a secret court warrant to spy on Trump-campaign associate Carter Page. The Hillary Clinton 2016 presidential campaign and the Democratic National Committee ultimately funded Steele’s work.

“The court was right to turn aside the FBI’s fake concerns for Clinton spy Christopher Steele’s privacy and order the agency to search for more records on its use of Steele and his Dossier to target President Trump,” Judicial Watch President Tom Fitton said in a statement.

“That the FBI is still protecting Christopher Steele and the Clinton spy ring at Fusion GPS should tell you there is much more corruption to be exposed in the coup efforts against President Trump.”

Judicial Watch, a conservative government accountability organization, first sought FBI documents on Steele in 2017 through a Freedom of Information Act lawsuit. The court initially ruled in favor of the FBI in 2017 but reopened the case when evidence surfaced in early 2018 that Steele was an FBI informant. Documents released as part of the same lawsuit in 2018 confirmed that Steele was fired for leaking to the media.

The FBI argued that Steele’s communications after his termination as a human source were subject to the privacy protections afforded to private citizens. The judge didn’t find the argument convincing, especially considering Steele’s involvement in “such a politically sensitive subject.”

“Communications post-dating Steele’s time as an informant might reveal a great deal about why the FBI developed him as a CHS [confidential human source], his performance as a CHS, and why the FBI opted to terminate its relationship with him. Those records might either bolster or weaken Steele’s credibility as a source,” Cooper wrote.

“Of course, the records Judicial Watch speculates about might not even exist—and even if they do, they may not reveal anything significant about the FBI’s operations. But that they might do so makes them a matter of potential public interest.”

Any documents revealed as part of the search would shed light on Steele’s interactions with the FBI after his termination. Steele continued to pass information to the bureau for months after his termination by meeting with Bruce Ohr, a senior Justice Department official whose wife, Nellie Ohr, worked for the same opposition research project as Steele. Ohr passed on what he learned from Steele to an FBI handler.

The FBI paid Steele for his work at least 11 times during the 2016 presidential campaign. In British court filings, Steele admitted that he was hired to challenge the results of the presidential election.