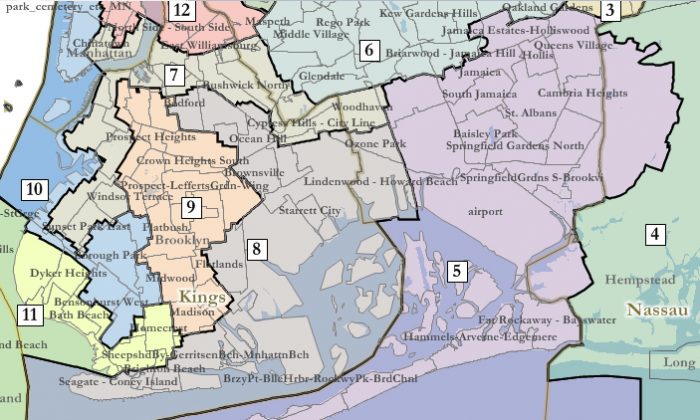 Part of a redistricting map drawn by federal Magistrate Judge Roanne L. Mann that shows new lines in Queens and Brooklyn. (Courtesy of United States District Court for the Eastern District of New York)
US

Brooklyn voters had challenged the Legislature’s redistricting plan, which many called partisan and gerrymandered. A three-judge panel tasked Mann with redrawing the lines.

Republican senators had fought to protect Turner’s seat, while Democrat assembly members sought to eliminate it.

Nomination petitions will begin circulating on March 20, at which time the lines should be determined. Gov. Andrew Cuomo has said he will veto the Legislature’s plan if he finds it gerrymandered, in which case Mann’s plan may be put in place.

Cuomo is pushing for a constitutional amendment to create an independent redistricting process in 2020.