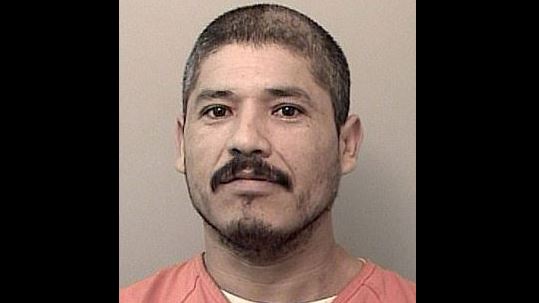 The illegal immigrant convicted of killing a police officer in California was sentenced to death this week.

Luis Bracamontes showed no remorse after he said in court earlier this year that he wished he had killed more people.

“I wish I had killed more of the [expletive],” Bracamontes told the jury at the beginning of the trial. “The only thing I [expletive] regret is I only killed two.”

The jury sentenced Bracamontes to death on Tuesday, reported the Sacramento Bee.

Family members of the victims believe that his profanity-laced outbursts were an act that was meant to help him avoid the death penalty. Defense attorneys had argued that Bracamontes was mentally ill and high on methamphetamine during the shootings, but a judge found him competent to stand trial and Bracamontes refused to plead not guilty by reason of insanity.

Family members said they smiled at Bracamontes after the verdict was read.

We are very grateful for the jury’s decision to sentence Luis Bracamontes to death for the murders of Det Michael Davis Jr. & Dep Danny Oliver. It is a just decision fitting for his crimes.

“I feel free to say it now, he’s a despicable and evil human being and the death penalty is totally appropriate,” added Placer Sheriff Devon Bell.

The Placer Sheriff’s Department released a statement on Twitter after the verdict:

“We are very grateful for the jury’s decision to sentence Luis Bracamontes to death for the murders of Det Michael Davis Jr. & Dep Danny Oliver. It is a just decision fitting for his crimes.”

Bracamontes was in the country illegally after having been deported twice, reported KCRA.

Juror Sam Wood said there was no other sentencing option.

“The facts were laid out very well on both sides, but from the standpoint of the aggravating parts of this case, there was nothing we could find that justified, in any way, any other outcome than what we came up with,” Wood said. “We chose the verdict that for us matched the offenses that he committed.”

Wood noted some jurors initially disagreed but all jurors ended in a unanimous decision.

The formal sentencing decision by the judge will come on April 25.