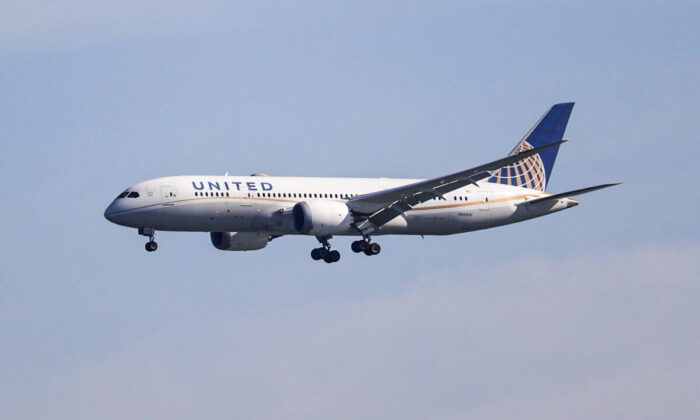 A federal judge this week extended an order that’s blocking United Airlines from putting workers who are seeking exceptions to the company’s COVID-19 vaccine mandate on leave.

Before his extension, it was to expire on Oct. 26.

If the order expired without an injunction in place, “nothing would prevent hundreds of workers from ostensibly either: (1) being compelled to take a vaccination in violation of their religious beliefs or medical restrictions, or (2) being placed on indefinite unpaid leave,” Pittman wrote in a 3-page document on Monday explaining the rationale.

United and six employees are locked in a legal battle over the company’s COVID-19 vaccine mandate. Workers sued in September over United’s plans to put on leave any employees who requested religious or medical exemptions.

The order only blocks action against workers who filed for exceptions on or before Sept. 23. Workers who refused to get vaccinated and did not apply for an exception have already been fired.

In a court filing just before the order, United said that it would, if allowed to proceed with the plans, welcome back any employees placed on temporary unpaid leave once the COVID-19 pandemic “meaningfully recedes.”

After consulting with outside experts, the company said that would be measured as community transmission rates of the virus that causes COVID-19 reaching a “moderate” level for at least 21 days in the state where each employee works. The standard for flight crew members will be based on nationwide daily COVID-19 case counts being no more than 10,000 new cases per day for at least three weeks.

“By linking return to work for accommodated employees to community transmission rates and case counts, these standards are designed to account for the unpredictable and highly variable nature of the pandemic. As conditions continue to change, United will continue to reassess these metrics and update its employees accordingly,” United lawyers argued.

Plaintiffs weren’t convinced, telling the judge in a response that he should ignore United’s advice.

Further, the standard offered is so “untenable” that “there will never be a return to normalcy,” they added, citing a declaration from Stanford University professor Dr. Jay Bhattacharya.

Because no vaccination rate will reduce the caseload to the proposed level, United is essentially saying the employees will remain on indefinite, unpaid leave, they asserted.

The parties are engaged in mediation and are required to file a joint mediation report by Oct. 29 at 12 p.m.

United has said it is paying about $1.4 million every two weeks to provide paid leave for the unvaccinated pilots who have filed for exceptions.

Distractions and dissension from making vaccinated pilots fly with unvaccinated colleagues would cause “an unacceptable safety risk,” Kirk Limacher, a United human resources vice president, said in a separate filing.

Plaintiffs challenged the position, alleging that since COVID-19 vaccines became available in late 2020, “it has never been true that any significant number of vaccinated pilots have refused to fly with unvaccinated pilots, especially those who have already had COVID and have natural immunity, or those who have recently tested negative.”

“Indeed, the claim is easily rebutted by showing the instances of vaccinated and unvaccinated pilots flying together throughout the past nine months. Moreover, the claim is rebutted by the fact that, as witnesses acknowledged at the hearing, any concerned pilot may opt to wear a mask in the cockpit,” they added.

The entire situation could be resolved by not letting pilots know whether colleagues are vaccinated, according to the plaintiffs, who also said that United should not be sharing private medical information and would immediately stop needing to spend money on paid leave if it did so.