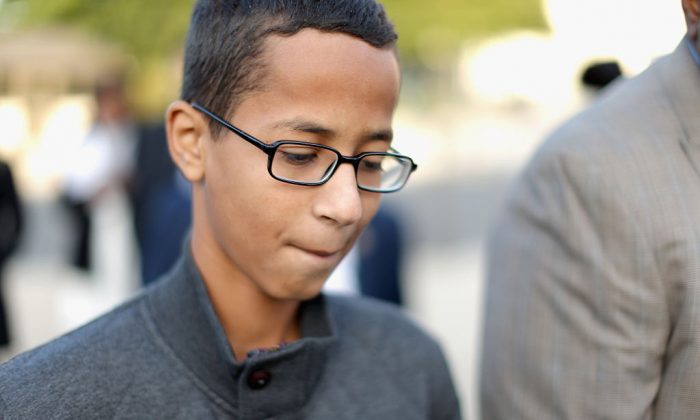 A Texas judge has dismissed the lawsuit filed by the father of a boy who was arrested after bringing a homemade clock to school.

Ahmed Mohamed at 14 was arrested when he took his homemade clock to MacArthur High School in Irving in 2015.

Authorities believed that the homemade device was possibly a bomb.

The teenager told ABC News that he took the clock to school to impress a teacher.

“She saw a clock that, in her opinion, looked like a threat to her,” Ahmed said of the unnamed teacher. “It felt really weird getting arrested because I never thought I’d ever get arrested.”

He added, “I repeatedly told them, ‘It’s a clock,’ but no matter how much I told them, I guess that’s not a bold enough answer to them. I want it [the clock] back, with my humility.”

Mohamed was suspended from the school for three days over what administrators described as a “suspicious device.”

He was initially charged with having a hoax bomb but the police later dropped the charge.

Mohamed’s father later filed a lawsuit alleging that the school discriminated against his son because of his race and religion. The Mohameds are Muslims.

The boy never returned to school and his family later moved to Qatar, reported the Dallas Morning News.

The decision means that Mohamed’s lawsuit cannot be refiled based on the same claims.

Lindsay also ordered the family to cover all costs associated with the lawsuit.

The lawsuit asked for unspecified damages. Two months after the arrest, attorneys for the family sent letters to city and school officials demanding a payment of $15 million or they would file the lawsuit. When the demands went ignored, the lawsuit was filed.

In a statement released Wednesday, the city of Irving said that it is “extremely pleased by the court’s ruling, which supports the justifiable actions taken by the officers in the matter. We remain committed to ensuring the safety of all Irving residents and schoolchildren.”

Katie Long, the attorney for Irving Independent School District (ISD), said in a statement that the district was “pleased the court had dismissed the case in its entirety” and that it had recognized that there was no basis to the claim that “Irving Independent School District or any employee discriminated against this student on the basis of race or religion,” reported The News.

“The Court’s Order confirms that there is no plausible claim that Irving ISD or its employees violated anyone’s constitutional rights. Irving ISD is committed to the safety, well-being, and equality of all students,” the statement said.