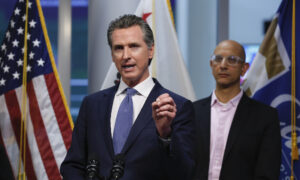 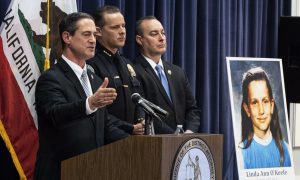 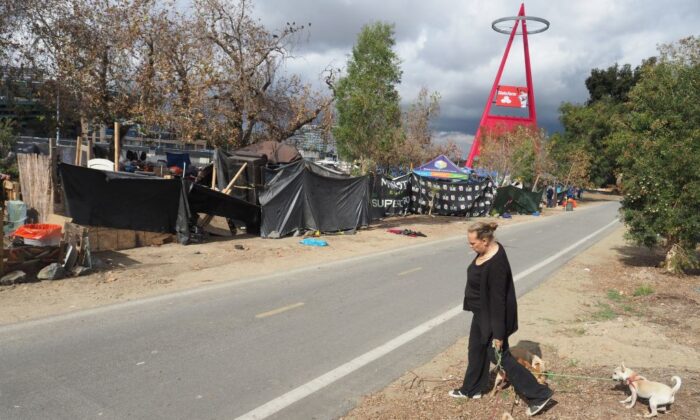 However, Judge Thomas Delaney continued the hearing until the morning of April 20, in order to receive more arguments from the attorneys for the county and the city.

Delaney rejected the argument that the use of the 76-bed Laguna Hills Inn at 23061 Avenida de la Carlota as a shelter for transients—either showing symptoms of COVID-19 or who tested positive for the disease—was a public nuisance.

But Delaney said he was leaning toward granting the temporary restraining order on the grounds that using the hotel for the state’s Project Roomkey was a change in the covenants, conditions, and restrictions of the property, which would allow for neighboring property owners to object.

Delaney told the attorneys to file more legal briefs and that he would issue a ruling on April 20.

“We’re not disputing the beneficial idea of trying to help transients,” said attorney Kelly G. Richardson, who represents the city.

“The county begins its papers saying this is a NIMBY issue,” Richardson added, referring to the acronym for “Not in my backyard.”

“This is dismissive and minimizes the issue, and frankly is offensive. We’re not talking about a factory that smells. We’re talking about life and death here.”

Richardson further argued that the county’s support for the project contradicts its arguments against the state’s plan in February to house COVID- 19 patients from a cruise ship at the Fairview Developmental Center in Costa Mesa.

Daniel Nordberg, another attorney representing the city, said the hotel project represents a danger to the community because the workers tending to the sick will be “coming and going at all times.”

“You’re talking about dozens, perhaps 100 people, taking care of these very sick people, and they’ll be coming and going at will,” Nordberg said. “There are fast food restaurants, takeout restaurants across the street.”

A kidney dialysis facility is “within a stone’s throw,” Nordberg said.

The county’s attorney, Kevin Dunn, countered that if they had money, the transients engaged in the program could check into the hotel anyway—even if they were sick with the Chinese Communist Party (CCP) virus, commonly known as the novel coronavirus—and the city couldn’t do anything about it.

“This is going to be people watching TV, eating chips just like anyone else would be,” Dunn said.

The covenants, conditions, and restrictions are not altered because it still operates as a hotel, Dunn argued.

Otherwise, the county’s transients could be spreading the virus anywhere without any monitoring, Dunn said.

The hotel was on a list given to the county by the state. One of the factors was that the hotel must not have central air conditioning, to prevent spreading the virus to other rooms, Dunn said.

Also, the hotel owner must be “willing to enter into a lease with us,” Dunn said.

Finding another location, as Delaney suggested, was not likely.

“The fact is, hotels are near people,” Dunn said. “There are not hotels in the middle of a desert with no buildings around it.”

The county wanted to have hotels in the north, central, and south parts of the county, to keep the transients as close to where they stay as much as possible, Dunn said.

Orange County opened up two other hotels in Stanton and Anaheim to house transients there.

It appears this is the first lawsuit of its kind to challenge Project Roomkey.

The lawsuit, which was filed in Orange County Superior Court on April 14, alleges a “public nuisance” that will “directly endanger the health and safety of the residents of the city.”

Project Roomkey is a state program in partnership with the Federal Emergency Management Agency.

The program is meant to quarantine transients who have underlying health conditions making them vulnerable to COVID-19, or homeless people who either have tested positive or have symptoms associated with the disease.

The lawsuit alleges the project “will ultimately result in importing into the community a large group of sick and at-risk persons, when the city of Laguna Hills has thus far only had minimal occurrences of the virus.”

Laguna Hills, which has a population of 31,572, has 13 confirmed cases of COVID-19, according to the Orange County Health Care Agency.

The lawsuit alleges that the hotel “is also only 250 meters away from a high-density mobile home park of 252 residences, comprised of mostly families, and including a significant percentage of high-risk elderly residents,” and that “without adequate safety protocols,” the project is a “public nuisance.”

Orange County Supervisor Lisa Bartlett said, “The city elected officials are doing what they need to do to feel like they’re protecting or representing their residents to the best of their ability, but we’re working under the governor’s mandate, and every county … is tasked with setting up these self-isolation facilities.”

Bartlett said the hotels are “24/7, lockdown isolation facilities,” meaning the transients who opt into the program are not free to come and go as they please. Health care workers who tend to them will also leave the area immediately after their shifts are done, Bartlett said.

“Health care workers, when they leave for the day, they follow the same protocols as in a hospital, and will walk out to their vehicle and drive out of the area, so they won’t be remaining in the area at all.”

The hotel will only house transients based in south Orange County, Bartlett said.

“And at this point, we have no homeless individuals who have tested positive in south county,” she added. “So this isolation facility may never even be used, but pursuant to the state mandate we had to get a property under contract.”

Three more COVID-19 deaths were reported on April 17 in Orange County, putting the death toll at 28.