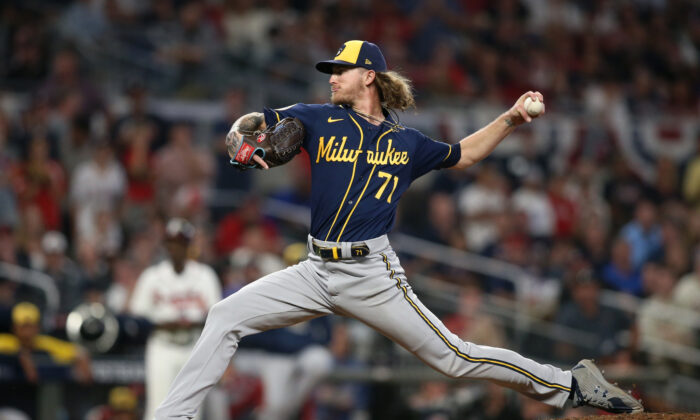 Hader won the Trevor Hoffman Award as the National League’s top reliever, while Hendriks was named winner of the Mariano Rivera Award as best in the American League.

Hader, 27, recorded 34 saves and a career-best 1.23 ERA in 60 appearances this season while winning the Hoffman Award for the third time in the past four seasons.

Hendriks led the American League with 38 saves and posted a 2.54 ERA. He went 8-3 in 69 appearances and led all relievers with 113 strikeouts in just 71 innings while making the All-Star team for the second time in his career.

Hendriks, 32, also won the 2020 Rivera Award as a member of the Oakland Athletics.