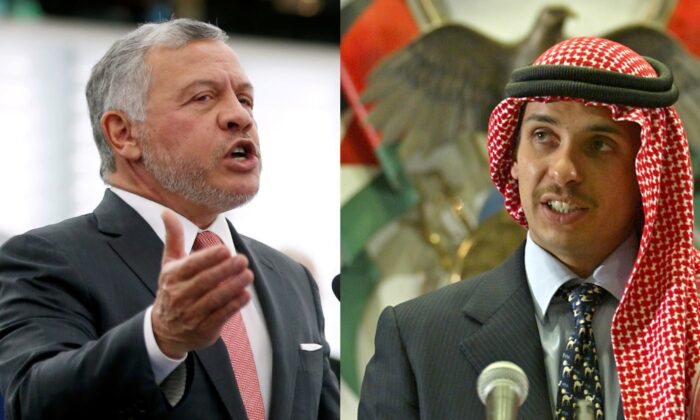 AMMAN—Jordan’s King Abdullah said on Thursday he was restricting the movements of his estranged half brother Prince Hamza and curtailing his contacts with the outside world to ensure he does not act against his country’s interests.

Hamza, a former heir to Jordan’s throne who was placed under house arrest last year, was accused in April 2021 of trying to destabilise the monarchy in a foreign-inspired plot, but was spared punishment after pledging allegiance to the King.

A royal court statement said the monarch had approved a recommendation by a royal family council that decreed restrictions on the estranged prince’s movements, place of residence, and communications.

A royal chief adviser, Bassem Awadallah, and a minor royal were sentenced to 15 years in jail for their involvement in the alleged plot.

Hamza, 42, was named Crown Prince when King Hussein died in 1999 and Abdullah became king, but lost that title five years later when Abdullah installed his own son as heir as stipulated under the constitution.

The monarch said in a letter to Jordanians he had exerted “utmost self restraint, tolerance, and patience” with his younger half brother who never gave up over many years his “delusion” of taking over the throne.

Hamza would now be deprived of the scope to allow him to become again a threat to his country, having exhausted all chances to repent, the monarch said in the letter.

“We will provide Hamzah with all that he requires to live a comfortable life, but he will not have the space he once abused to offend the nation, its institutions, and his family, nor to undermine Jordan’s stability,” the monarch said.

Palace insiders said that since the crisis came to the fore Hamza had been left to live in lavish style with his family in a palace within a royal complex and with all the privileges and allowances of a prince, allowing him internet and phone calls.

The palace was angered when the estranged prince announced last month he was giving up his royal title in protest at Jordan’s current policies. The palace says that under family laws, titles can be revoked only by the monarch.

Hamza’s movements had been eased after he issued an apology in March in which he pledged not to act against the interests of Jordan’s rulers.