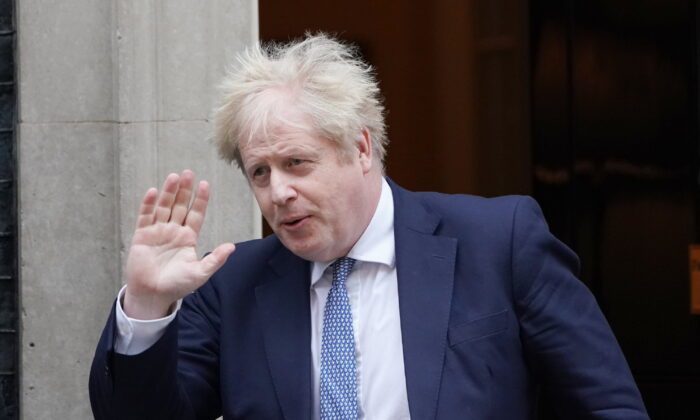 Prime Minister Boris Johnson reshuffled a number of Cabinet ministers on Tuesday as he seeks to retain support in Parliament.

Johnson pledged a shake-up on Jan. 31 after an official inquiry into allegations of lockdown-busting gatherings in the center of the government found “failures of leadership and judgment” by parts of Johnson’s office and the Cabinet Office. But his rehabilitation of Downing Street has had a rocky start after it emerged his new communications director previously lobbied for Chinese technology giant Huawei, raising concerns in Parliament.

Tuesday’s changes include new faces in the whips’ office and a fervent Brexiteer in charge of maximizing the benefits of leaving the European Union.

Chief Whip Mark Spencer, who presided over a series of missteps in managing the parliamentary party, has moved sideways to become the leader of the House of  Commons, replacing Jacob Rees-Mogg.

The government suffered a furious backlash from cross-party MPs in November 2021 after it tried to whip Tory votes to spare then-MP Owen Paterson from being suspended over breaking lobbying rules and to change Parliament’s disciplinary process.

Last month, Cabinet ministers and whips were accused of threatening Conservative MPs who called for Johnson’s resignation over the “partygate” saga. But a number of other MPs said such allegations do not represent the experiences they had.

Spencer also faced claims—which he has denied—that he told MP Nusrat Ghani she lost her ministerial role because her Muslim faith made people feel uncomfortable.

Chris Heaton-Harris, a long-time ally of Johnson and former Tory chief whip in the European Parliament, takes over as the new chief whip.

He’s known for a Twitter account that used to heavily feature Christmas cracker-style jokes before his ministerial responsibilities got in the way, suggesting a softer style in trying to get Tory MPs to toe the party line.

Deputy Chief Whip Stuart Andrew has also been replaced. Andrew swapped roles with Chris Pincher, a housing minister in the Department for Levelling Up, Housing, and Communities. Pincher previously held the role of deputy chief whip under former Prime Minister Theresa May.

Johnson’s spokesman said the job was created to “drive forward the changes we are able to make now that we have left the EU, delivering on our post-Brexit agenda across Whitehall.”

Barclay on Saturday took on the role of Johnson’s new chief of staff, after his predecessor Dan Rosenfield resigned this week along with three other senior aides in Downing Street and one junior aide.

Meanwhile, Foreign Office minister James Cleverly is now minister for Europe instead of for the Middle East, North Africa, and North America; and Wendy Morton, parliamentary under secretary of state in the Department for Transport, has become a minister of state in the same department.

Johnson’s spokesman said: “As the PM said last week, it is important that we both make immediate changes to improve both how the Number 10 operation works and the work of the Cabinet Office, and further changes to strengthen Cabinet government and improve that vital connection between Number 10 and Parliament.”

“The changes being made today will strengthen that connection. We have changes to the whips’ office, improving engagement with MPs, and helping to drive the government’s ambitious agenda,” he added.