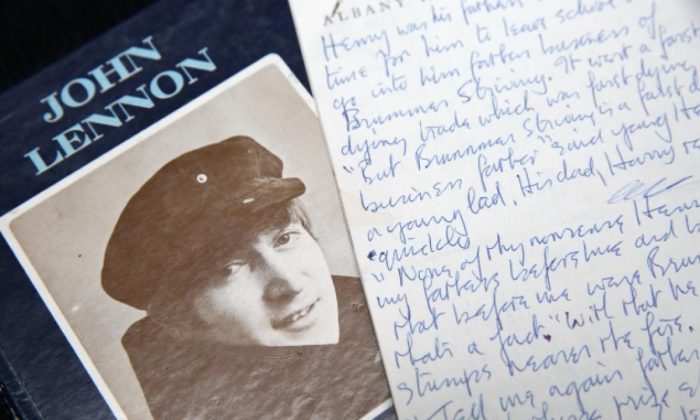 John Lennon’s ‘Artwork’ to be auctioned in NYC

John Lennon’s collection of drawings, poems, doodles and manuscripts from the early 1960’s will soon be up for auction. The late Beatle’s collection is scheduled to go on sale June 4 in New York City according to auctioneer Sotheby’s.

Lennon’s work will be put on sale by Tom Maschler who previously worked with him on the books In His Own Write (1964) and A Spaniard in the Works (1965).

According to Sotheby’s, the collection, named “You Might Well Arsk” has a pre-sale estimate of $800,000.

The collection contains a typescript from 1962 that references their breakout single “Love Me Do.” It says: “The Beatles (a band) hab jud make a regord … a song they whripe themselves called ‘Lub Me Jew’.”

The “You Might Well Arsk” collection shines light of an alternate side of Lennon that few got to witness while he was alive.