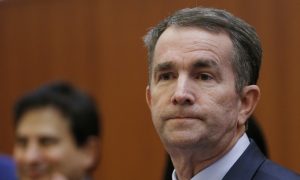 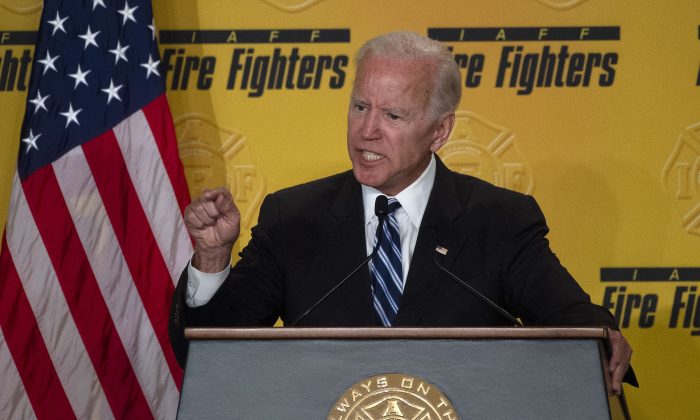 Joe Biden to Run for President in 2020, Lawmaker Says

Former Vice President Joe Biden will run for president in 2020 as he joins a crowded field of about a dozen other contenders hoping to snag the party’s nomination to eventually face President Donald Trump, a senior Democratic lawmaker told The Hill.

During a phone call within the past week, Biden told a House Democratic lawmaker, “I’m giving it a shot,” according to a conversation that the congressman recounted. The congressman—who wasn’t named on condition of anonymity because of the sensitive nature of the phone conversation—said he interpreted Biden’s comments as a sure sign the former Obama running mate would seek the presidency.

Biden, in the brief conversation with the lawmaker, asked if he could bounce off some campaign strategies and invited the lawmaker to sit down with him in person to discuss ideas in the near future. Biden also said he hoped for the lawmaker’s support, which the lawmaker didn’t commit to during the phone call.

In response, Biden said there was no harm if they kept talking over the matter. Details about what time or where the former vice president would make his formal presidential announcement weren’t mentioned to the lawmaker.

Biden himself teased a possible bid for the 2020 presidential nomination on March 12, telling a friendly crowd of union members he may need their support “in a few weeks.”

“Be careful what you wish for,” Biden joked to a gathering of the International Association of Firefighters (IAFF) in Washington, as a room of boisterous firefighters shouted, “Run, Joe, run!”

A spokesperson for Biden discounted the claim that Biden is 100 percent sure of running.

“He has not made a final decision. No change,” spokesman Bill Russo told The Hill.

The 76-year-old’s likely entry into the race comes as no major surprise. A former U.S. senator who served two 4-year terms as vice president to President Barack Obama, Biden has publicly said he is weighing a run as the party’s elder statesman and said he was in the final stages of making a decision.

The IAFF has been an ardent political ally of Biden’s for years, and an endorsement by the union would likely give him an early boost, should he enter the race for his party’s nomination.

IAFF President Harold Schaitberger said he told Biden before the event that he would have the union’s full support should he run.

“He told me that he’s getting ready to make an important decision, and I made sure he knew that when he’s ready to pull the trigger, so are we,” Schaitberger said.

Biden is currently the clear frontrunner and leads all major polls that are tracking the 2020 Democratic presidential contenders, including Morning Consult, Monmouth, Harvard-Harris, and Emerson. According to a RealClearPolitics average, Biden leads at 29 percent, as self-described socialist Sen. Bernie Sanders (I-Vt.) wasn’t far behind at 22 percent.

If Biden were to be elected, he would be 78 years old when taking office, which would make him the oldest president-elect in U.S. history. He grew up in Scranton, Pennsylvania, and has spent more than four decades in Washington, mostly as a U.S. senator representing Delaware.

According to The Associated Press, Biden could be viewed as an establishment-minded moderate unwilling to embrace far-left issues such as free universal health care, free college, and the so-called Green New Deal, which has been pushed by Democratic socialist Rep. Alexandria Ocasio-Cortez (D-N.Y.) and Sanders.

Biden failed to develop a strong base of political support in his two previous presidential runs.

“I don’t want this to be a fool’s errand,” he said in February, noting that his personal decision not to align his candidacy with a super PAC could create financial challenges.

In February, Biden announced that his family, including his grandchildren, had encouraged him to run for the White House in 2020.

“There’s a consensus,” he told a crowd during an appearance at the University of Delaware. “The most important people in my life want me to run.”