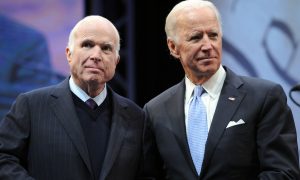 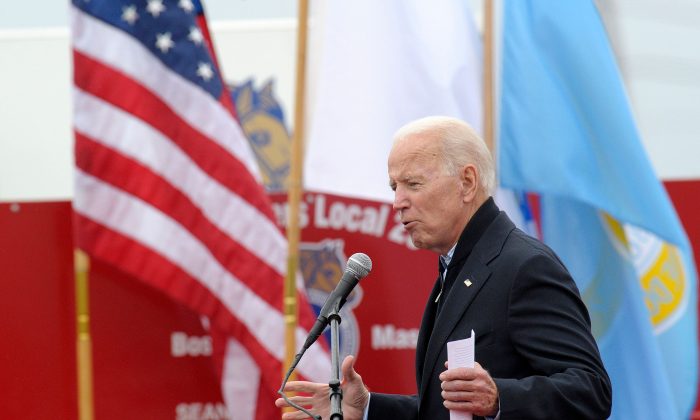 Former vice president Joe Biden raised $6.3 million in the first 24 hours of his 2020 presidential campaign, providing a stronger showing than any of his current rivals.

Biden, 76, brought in the bulk of that haul through smaller contributions, his campaign spokesman TJ Ducklo wrote on Twitter, with 97 percent of those donations under $200.

He bested other candidates, including self-described socialist Sen. Bernie Sanders (I-Vt.), who raised $5.9 million, and Beto O’Rourke, who brought in $6.1 million.

Before entering the race on April 25, Biden faced speculation that he was going to be unable to raise small-dollar donations via the internet. To qualify for the first debate in June, candidates need to receive donations from 65,000 different donors. Biden reached that mark in the first 12 hours of his campaign, Ducklo said.

Biden has joined most of the rest of the Democratic field in swearing off donations from Washington lobbyists and PACs associated with corporations. But he did hold a fundraiser on the first day of his campaign at the Philadelphia home of David Cohen, a Comcast executive.

His campaign has been marred by recent allegations from women who said that Biden made them feel uncomfortable when he allegedly touched them inappropriately at political events in the past. At least four women have since come out with accusations.

Political observers in recent weeks had wondered if Biden delayed his decision to run due to the allegations.

On April 3 Biden responded with a two-minute video to the allegations he inappropriately touched a number of women. While he never explicitly apologized for his actions, Biden did address the growing criticisms of his past behavior in a video, saying he would pay more attention to not invading people’s personal space. He also defended his behavior, describing it as “just who I am” while adding that times have changed.

Biden now faces a crowded field of at least 19 others seeking the Democratic presidential nomination to face off against President Donald Trump next year.

In his two previous presidential runs, Biden failed to develop a strong base of political support, dropping out of the race both times. If he were to be elected this time, he would be 78 years old when taking office, which would make him the oldest president-elect in U.S. history.

For weeks Biden has been the clear front-runner in all major polls tracking actual and possible 2020 Democratic presidential contenders including Morning Consult, Monmouth, Harvard-Harris, and Emerson. According to a RealClearPolitics average, Biden leads at around 30 percent, as self-described socialist Sen. Bernie Sanders (I-Vt.) trails behind at roughly around 22.5 percent.

The president, on April 25 retweeted a Twitter post from GOP chairwoman Ronna McDaniel that criticized Biden’s economic track record and compared him with Trump’s.

In just over 2 years, @realDonaldTrump has created 453,000 manufacturing jobs.

Trump said recently he believes Biden and Sanders will be the final candidates vying for the party’s nomination in 2020.

“I believe it will be Crazy Bernie Sanders vs. Sleepy Joe Biden as the two finalists to run against maybe the best Economy in the history of our Country (and MANY other great things)!” Trump wrote on Twitter on the evening of April 16.