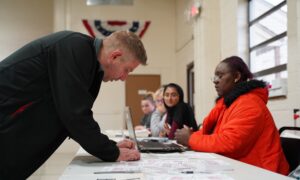 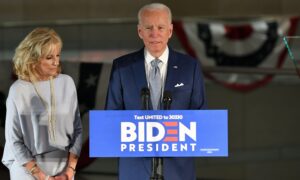 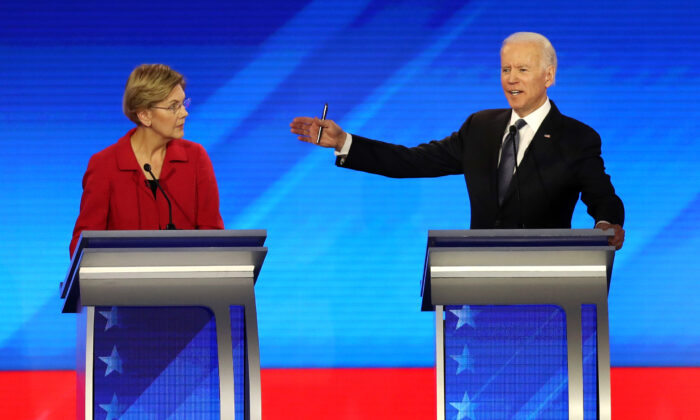 Biden revealed his surprise endorsement during a digital town hall for Illinois voters on Friday night after cancelling public events due to growing fears over the coronavirus outbreak.

When questioned over what steps he would take to appeal to supporters of his current rival, Vermont Sen. Bernie Sanders, if he were to win the Democratic nomination, Biden noted a portion of Warren’s plan would allow student loan debt to be eliminated in bankruptcy just like other debts, and said it was “one of the things that I think Bernie and I will agree on.”

“I’m going to endorse, I’ve endorsed, Elizabeth Warren’s bankruptcy proposal, which in fact goes further, allows for student debt to be relieved in bankruptcy, provides for a whole range of other issues that allows us to in fact impact on how people are dealing with their circumstances,” Biden said. “So there’s a whole range of things we agree on.”

Biden reviewed Warren’s bankruptcy plan and supports the proposal, ABC reported. He is expected to speak more on the topic during Sunday night’s Democratic debate.

Warren’s plan, announced in January, would undo much of the Bankruptcy Abuse Prevention and Consumer Protection Act of 2005 which made it more difficult to file for bankruptcy, and “give Americans a better chance of getting back on their feet.”

Biden had previously been a leading proponent of the 2005 bill, which was largely backed by Republicans, banking and credit card industries and passed by a GOP-controlled Congress, during his time as a Delware senator. At the time, Warren, a former bankruptcy law professor and opponent of the law, argued that it would make it harder for people to file for bankruptcy.

Warren’s plan would do away with several aspects of the law, including means testing, separate bankruptcy processes for consumers based on wealth, credit counseling, and other requirements she called “onerous and complicated.” The plan also proposes allowing student loans to be discharged during bankruptcy and provisions to help bankrupt families keep their homes and cars.

Biden’s decision to back Warren’s proposal comes as he builds a growing delegate lead over Sen. Bernie Sanders (I-Vt.) and attempts to unite all Democrats behind him ahead of the general election.

The former vice president has in recent weeks earned 11 endorsements from former 2020 Democratic candidates, although Warren has yet to offer an endorsement to either of the two final contenders after suspending her campaign bid earlier this month.