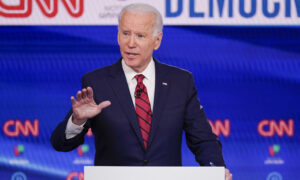 Biden: If You Pick Trump Over Me, Then 'You Ain’t Black’
0 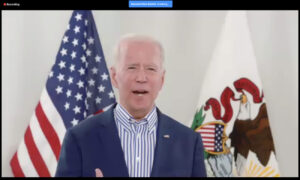 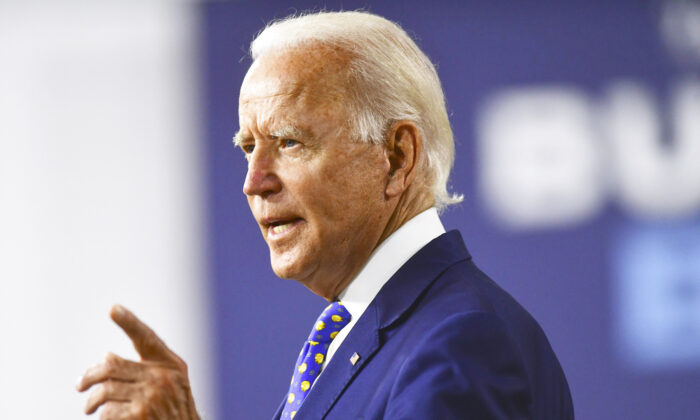 Presumptive Democratic presidential nominee Joe Biden on Thursday backtracked after he claimed “the African American community is a monolith.”

“You go to Florida, you find a very different attitude about immigration in certain places than you do when you’re in Arizona. So it’s a very different, a very diverse community.”

Biden’s remarks came in response to a question from NPR reporter Lulu Garcia-Navarro regarding whether he would engage with Cuba and on the differing immigration concerns between Cuban and Venezuelan Americans.

Biden did not apologize for his comments but said in a series of Twitter posts that he wanted to “clarify” them.

“In no way did I mean to suggest the African American community is a monolith—not by identity, not on issues, not at all,” he wrote.

“Throughout my career I’ve witnessed the diversity of thought, background, and sentiment within the African American community. It’s this diversity that makes our workplaces, communities, and country a better place. My commitment to you is this: I will always listen, I will never stop fighting for the African American community and I will never stop fighting for a more equitable future.”

President Donald Trump responded to the comments outside the White House on Thursday, telling reporters at the White House that Biden “totally disparaged and insulted the black community.”

“What he said is incredible. And I don’t know what’s going on with him, but it was a very insulting statement he made. And I guess you’ll figure that out. You’ll see it in a little while. But it was a great insult to the black community,” he added.

Katrina Pierson, a Trump senior campaign adviser, said in a statement, “There’s a reason Joe Biden can’t count on the support of black voters and it’s because of his plantation owner mentality. President Trump has a true record of helping black Americans, with unprecedented economic opportunity, record funding for HBCUs, criminal justice reform, and support for school choice.”

Biden’s attempted clarification came after he grew frustrated when questioned on whether he’d take a cognitive test.

“No, I haven’t taken a test. Why the hell would I take a test?” Biden said during a virtual interview. “Come on, man. That’s like saying to you, ‘Before you got on this program, did you take a test where you’re taking cocaine or not?’ What do you think, huh? Are you a junkie?”

In May, Biden apologized after saying that “you ain’t black” if “you have a problem figuring out whether you’re for me or Trump” during an interview with radio show “The Breakfast Club.”