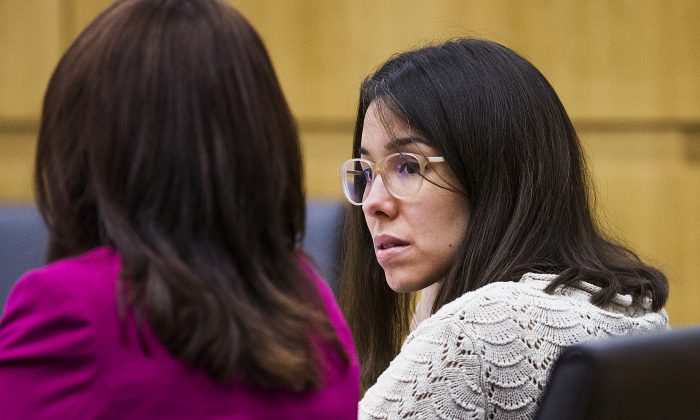 Convicted murderer Jodi Arias has been banned from receiving any visitors after calling a correctional officer a crude name.

Arias made the remark earlier in February after a correctional officer denied her request for a haircut.

After being informed of the decision by another officer, Arias told the officer who informed her that she “knew [the other officer] would say no” because she was a “[expletive].”

Arias later admitted to making the remark, reported ABC15, although she said it was taken out of context.

Andrew Wilder, with the Arizona Department of Corrections, said Arias will have to demonstrate at least 180 days of good behavior in order to have her visitation rights restored.

Arias, 35, is serving a life sentence without possibility of parole for killing her ex-boyfriend Travis Alexander.