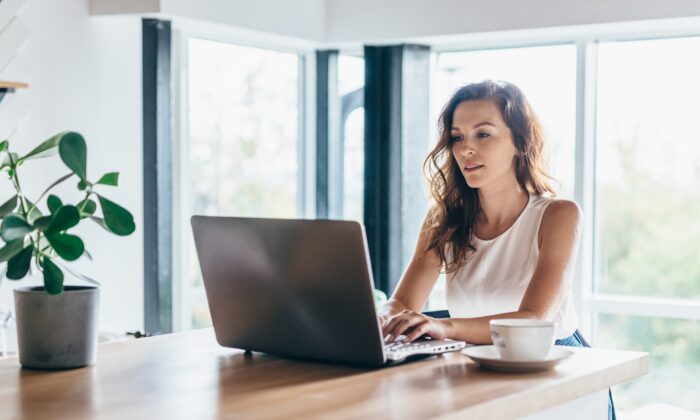 Total employment openings fell by 455,000 to 1.4 million in April, as the large gap between vacant positions and available workers narrowed, according to the Bureau of Labor Statistics’  Job Openings and Labor Turnover Survey (JOLTS) from June 1.

The decline in job openings is in decline from an upwardly revised 11.855 million in March, approximately in line with the FactSet estimate.

The figures for April saw the closing of the distance between job vacancies and available workers to 5.46 million from the 5.6 million in March, suggesting a still tight jobs market.

However, the amount of new hires and departing employees changed little for the month, which is still high by historical standards.

Job openings as a share of the labor force fell 0.3 percentage points to 7 percent in April.

The number of available jobs has stood around 10 million for nine consecutive months.

The previous high record before the start of the pandemic was at 7.7 million openings.

Many American workers continued to quit their jobs at a rapid pace, making it difficult for employers to fill open positions, forcing companies to offer bonuses to retain staff.

Resignations in April were primarily in hospitality and dining, health care, transportation, housing and in the utilities sector, as many employees quit for a better paying job.

The national worker shortage has dramatically pushed up wages, as inflation rates hit their highest levels in 40 years.

The JOLTS report showed that 4.4 million Americans, or about 2.9 percent of the workforce, quit their jobs in April, slightly down from the 4.5 million high recorded in March, but still above the pre-pandemic level of about 3.6 million.

“This almost guarantees another healthy employment report on Friday and means employers’ focus is on expansion despite high inflation and pending higher interest rates.”

The Federal Reserve, meanwhile is closely watching the employment numbers closely for any signs of slack in the U.S. labor market.

The central bank is watching both the JOLTS report and the latest ISM manufacturing index report to view the entire employment picture.

The benchmark ISM gauge of factory activity increased to 56.1 percent for May from the 55.4 percent reported in April report.

The latest ISM manufacturing index’s employment figures showed a reading of 49.6 percent, the first time it went below 50 percent since November 2020, a sign that many companies may soon be cutting back on the pace of hiring.

A number below 50 represents a reduction in hiring, as the ISM survey gauges business expansion against contraction.

Worker mobility continues to remain strong, despite the potential slow down in hiring for the manufacturing sector.

There was a drop off in the leisure and hospitality sector, with new hiring declining by 77,000, a half percentage point drop to 7.2 percent. This is compared to the 9 percent hire rate from a year ago.

Inflation is continuing to take a bite out of workers’ wages, with the April Labor Department report showing the average hourly earnings for employees falling 2.6 percent in April from the same month a year ago when taking into account rising consumer prices.

Analysts are awaiting the non-farm payrolls report for May, which is expected on June 3.

Average hourly earnings dropped 0.1 percent in April on an average monthly basis when accounting for the inflation spike.

Many economists expect the report to show that employers took in 325,000 new workers following a gain of 428,000 in April, while the unemployment rate is expected to inch down to 3.5 percent—the lowest figure since the pandemic began two years ago.