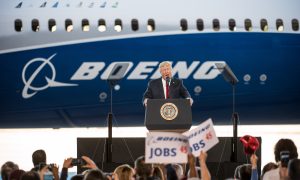 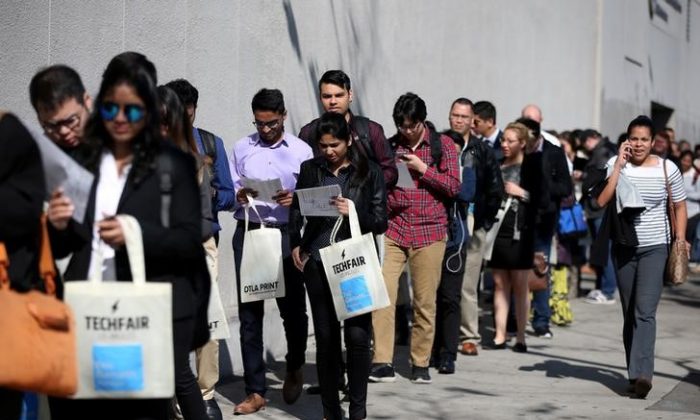 WASHINGTON—Job growth slowed in May and employment gains in the prior two months were not as strong as previously reported, suggesting the labor market was losing momentum despite the unemployment rate falling to a 16-year low of 4.3 percent.

Nonfarm payrolls increased 138,000 last month as the manufacturing, government and retail sectors lost jobs, the Labor Department said on Friday. March and April data was revised to show 66,000 fewer jobs created than previously reported. May’s job gains marked a sharp deceleration from the 181,000 monthly average over the past 12 months.

While last month’s job gains could still be sufficient for the Federal Reserve to raise interest rates this month, the modest increase could raise concerns about the economy’s health after growth slowed in the first quarter.

The economy needs to create 75,000 to 100,000 jobs per month to keep up with growth in the working-age population. Job gains are slowing as the labor market nears full employment.

Economists polled by Reuters had forecast payrolls increasing by 185,000 jobs last month and the unemployment rate holding steady at 4.4 percent.

Prior to the report, U.S. financial markets had almost priced in a 25 basis points increase in the Fed’s benchmark overnight interest rate this month, according to CME FedWatch.

Minutes of the Fed’s May 2-3 policy meeting, which were published last week, showed that while policymakers agreed they should hold off hiking rates until there was evidence the growth slowdown was transitory, “most participants” believed “it would soon be appropriate” to raise borrowing costs.

The central bank raised interest rates by 25 basis points in March. Data on consumer spending and manufacturing suggest the economy gained speed early in the second quarter after gross domestic product increased at a tepid 1.2 percent annualized rate at the start of the year.

The Atlanta Fed is forecasting GDP increasing at a 4.0 percent pace in the second quarter.

But persistently sluggish wage growth could cast a shadow on further monetary policy tightening. Average hourly earnings rose four cents or 0.2 percent in May after a similar gain in April.

That left the year-on-year increase in wages at 2.5 percent.

The tepid average hourly earnings reading comes as annual inflation rates have retreated in recent months. But with the labor market expected to hit full employment this year, there is optimism that wage growth will accelerate.

There is growing anecdotal evidence of companies struggling to find qualified workers. The Fed in its Beige Book on Wednesday said a manufacturing firm in the Chicago district reported raising wages for unskilled laborers by 10 percent to attract better-quality workers and retain its workforce.

The labor force participation rate, or the share of working-age Americans who are employed or at least looking for a job, fell two-tenths of a percentage point to 62.7 percent. It has rebounded from a multi-decade low of 62.4 percent in September 2015 and economists see limited room for further gains as the pool of discouraged workers shrinks.