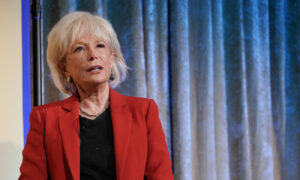 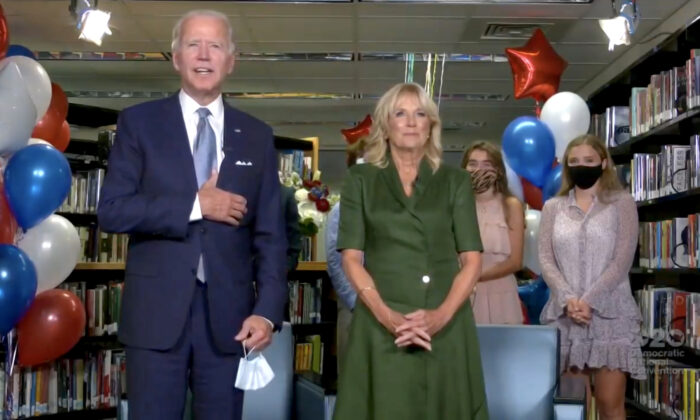 Democratic presidential nominee Joe Biden’s wife, Jill, claimed voters do not want to hear about reports about their son, Hunter Biden, and allegations about his foreign business dealings, describing them as “smears against my family.”

The former second lady was asked about her son after the New York Post published alleged emails suggesting he arranged to hold a meeting between a Ukrainian gas company executive and Joe Biden in April 2015. The Biden campaign said the meeting never appeared on his “official schedules,” although Biden allies admit it’s possible he informally spoke with the official, Vadym Pozharskyi, and neither he nor the campaign disputed the authenticity of the emails.

“Americans don’t want to hear this. That’s why I thought Joe did such a great job at the debate because he addressed the issues,” she said. “He talked directly to the American people and said, this is what I will do as your president, and Donald Trump just ranted. I don’t even know what he was doing up there. So this time, the debate commission has said that they will mute the mics, and they’ll each get their two minutes to speak. So the American people will clearly see their choice.”

Biden and his campaign have released few statements about the reports and instead have focused on former New York City Mayor Rudy Giuliani, accusing him of running a smear campaign.

Joe Biden criticized Giuliani and allegations that his family profited off of his name abroad.

“This is the same garbage—Rudy Giuliani, Trump’s henchmen,” he told a Wisconsin TV station, referring to President Donald Trump. “It’s a last-ditch effort in this desperate campaign to smear me and my family.” Before that, Biden campaign spokesman Andrew Bates said the former vice president “carried out official U.S. policy toward Ukraine and engaged in no wrongdoing” and “Trump administration officials have attested to these facts under oath.”

Giuliani told The Epoch Times last week his team spent three weeks to authenticate the alleged materials that were found on the hard drive purportedly left at a Delaware computer repair shop.

The FBI told Congress in a letter on Tuesday that it has “nothing to add at this time” to a statement made by Director of National Intelligence John Ratcliffe regarding the lack of intelligence connecting Russian disinformation to the emails.

FBI Assistant Director Jill C. Tyson sent the letter to Sen. Ron Johnson (R-Wis.), chairman of the Senate Homeland Security Committee, in response to Johnson’s request for more information about the emails, reports around which have alleged that Hunter Biden tried to introduce a Ukrainian businessman to his father when he served as vice president in the Obama administration.

It came after Ratcliffe on Monday disputed claims that the content of the hard drive allegedly belonging to the younger Biden is part of a Russian disinformation plot.