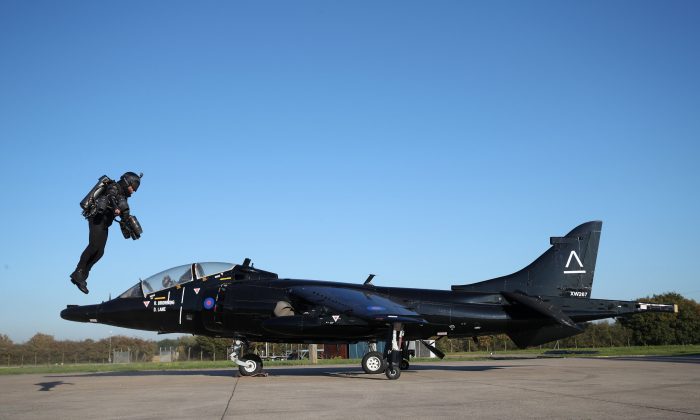 IPSWICH, England—Forget cars, bikes, and boats. Next year “Iron Man”-style jet suits will be the new vehicle to race in.

The British creator of the jet engine-powered suit that allows you to take flight said he would launch a new racing series over water next year featuring men and women from different sporting backgrounds.

“The idea of … a race around a kind of air race circuit, in three dimensions with 1,000 horse-power jet suits, it’s going to be astounding and phenomenal,” inventor Richard Browning told Reuters.

The suit, which has a record speed of 32 miles per hour, is made up of five miniature jet engines mounted on the pilot’s arms and back and is reminiscent of the one worn by Robert Downey Jr in the Marvel superhero “Iron Man” film trilogy.

Browning, a former commodities trader who first developed the suit in his garage with friends around three years ago, put the jet suit on sale in a London department store in July with a 340,000 pounds ($443,360) price tag.