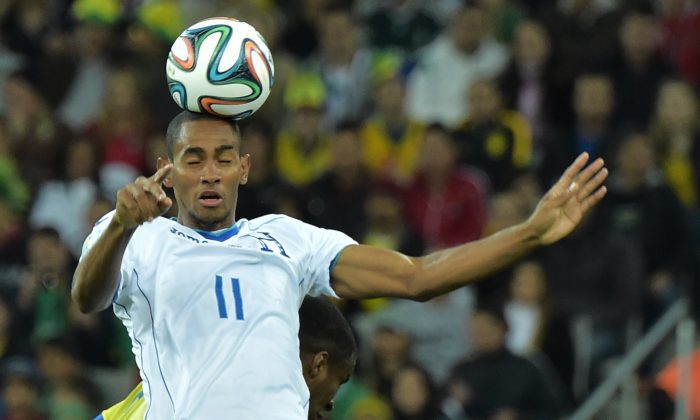 Honduras' forward Jerry Bengtson heads the ball during a Group E football match between Honduras and Ecuador at the Baixada Arena in Curitiba during the 2014 FIFA World Cup on June 20, 2014. (GABRIEL BOUYS/AFP/Getty Images)
Soccer

Jerry Bengtson was booked for a hand ball offense in the 45th minute.

The Honduras forward scored a tap-in at the right near post, but was booked for hand ball.

However, the goal shouldn’t have counted any way because Bengtson was in an offside position.

This means that Bengtson’s booking is questionable.

Check out an Associated Press article about Friday’s matches.