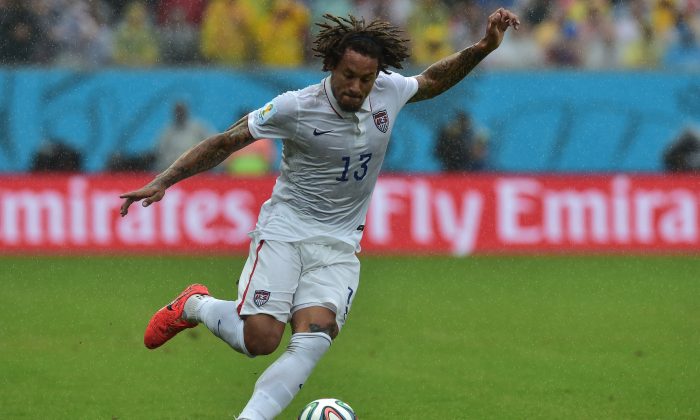 US midfielder Jermaine Jones plays the ball during a Group G football match between US and Germany at the Pernambuco Arena in Recife during the 2014 FIFA World Cup on June 26, 2014. (Getty Images)
Soccer

Nothing much happened in the USA-Germany World Cup 2014 match in the first half — unless you count Jermaine Jones’ clash with the referee.

Jones was running and looking the other way when he collided with ref Ravshan Irmatov in the 28th minute.

No foul was called by the 36-year-old Uzbekistan official, although Jones did land up flat on his back.

World Cup: 7 Teams Vying for 3 Spots in 2nd Round