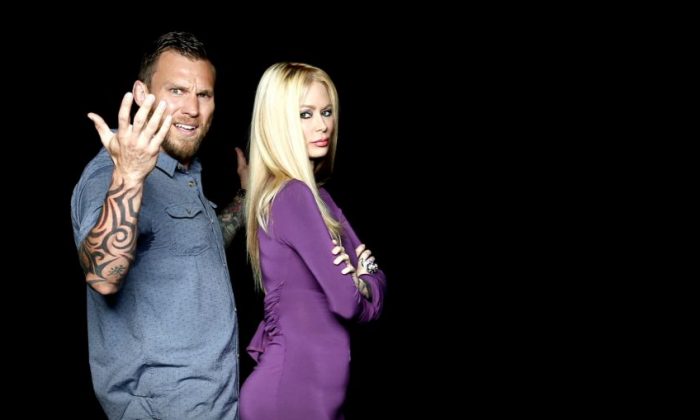 Jenna Jameson and John Wood on Couples Therapy: Pictures and Info of Jameson and Boyfriend

Jenna Jameson and her boyfriend John Wood are one of the five couples on Couples Therapy season 5, which is premiering on September 10.

“Now that Jenna and John are in a relationship, things are coming out of the woodwork, like Jenna’s aggressive and controlling nature, so they are coming into therapy to make sure they are making the right decision in moving forward in their relationship.”

In a sneak peek of the season, Jameson discusses her success in the adult industry, bragging that she “built a business.”

“When we found out our exes were together John and I leaned on each other as friends and it became something really beautiful,” Jameson added.

But they had enough problems to go on the shot to seek advice from Dr. Jenn Berman, a popular marriage and family therapist.

Wood says Jenna can be “very scary” sometimes, for instance.

Vh1 says about this season: “In season five of VH1 Couples Therapy with Dr. Jenn, each of the couples are facing unique problems – some of the issues are due to the fact they haven’t handled being in the spotlight with much success and it has eaten away at the foundations of their relationships.”