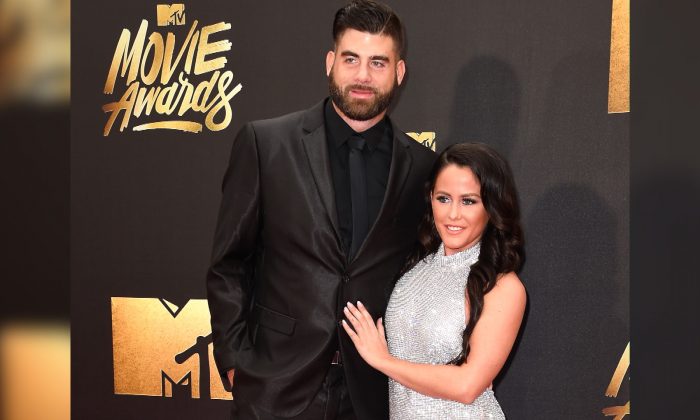 Jenelle Evans and David Eason have welcomed two new dogs into their home, just months after the “Teen Mom 2” star’s husband was accused of shooting their French bulldog, Nugget.

Eason admitted to killing the dog and claimed he did so because Nugget was behaving aggressively towards their 2-year-old daughter Ensley, reported Fox News.

Eason showed off the new additions to their home in a 10-minute YouTube post, where they pets the dogs Buddy and Junior and said they would protect their “chickens and livestock.”

“We have hawks and crows always eating the heads off our chickens and plastic owls are not doing the trick,” he wrote in the video’s description box.

“Our pit bull Jax killed and maimed on [sic] of our pigs that was around 80lbs. With that in mind plus the many chickens Jax killed and ate we decided to give him to a friend.”

Eason added that he and Evans had decided on the Anatolian Shepherd dog breed, saying the two dogs would be a great fit among other animals at their home in Riegelwood, North Carolina.

“They are a livestock guardian breed and do not mind eating and sleeping with all our animals on The Land!”

Eason said to Junior in the clip, “Say, ‘We love all the animals.’ So sweet. You guys are so sweet. Love you. I just want to cuddle you ’cause you’re so sweet.”

Eason’s announcement came just a week after the Columbus County Sheriff’s Office said they had closed their investigation into animal cruelty allegations regarding Nugget’s disappearance.

Police said Evans had made up the story about Nugget’s shooting as part of a publicity stunt, reported WECT News 6.

A police statement last week read, “The evidence collected indicates that the allegations of animal cruelty were fabricated.

“Therefore, Columbus County Sheriff’s Office is closing this investigation. No charges will be filed in this case.”

Evans reportedly told officials her husband threw Nugget outside after the bulldog had left a scratch on their daughter’s face, before shooting the animal later. She claimed she heard the gunshot, but did not witness it.

However, “no blood evidence or any other physical evidence to validate that an animal had been fatally injured on the property,” was found when a search warrant was executed, reported WECT News 6.

“Jenelle stated that the reason she filed the animal cruelty report was for the publicity and because she did not know where her dog was,” the sheriff’s office said in a statement.

However, in an interview with Hollywood Gossip, Evans denied the allegations and claimed she told a police chief that didn’t know the whereabouts of her dog, and she never asked her husband.

“When I responded I told him, ‘Yes, what you heard is true about my dog. This isn’t a publicity stunt and I’m not sure where my dog is or what happened to my dog but you would have to call David and ask. I was inside my house with my kids when David went outside with the dog,” she told the outlet.