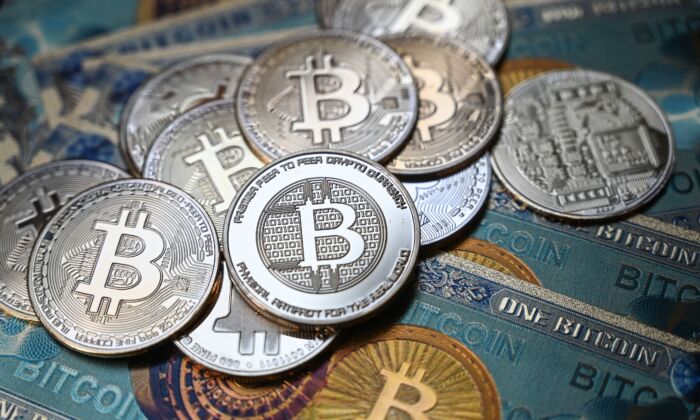 A physical banknote and coin imitations of the Bitcoin crypto currency, taken in Istanbul on July 19, 2021. (Ozan Kose/AFP via Getty Images)
Investment

Jeffrey Gundlach Correctly Predicted Bitcoin Would Retreat to $20,000: Here’s His Next Call on the Crypto

Bitcoin has fallen more than 50 percent since the start of the year and one investor says he wouldn’t be surprised to see it cut in half again.

Billionaire investor Jeffrey Gundlach on Wednesday warned that Bitcoin’s plunge may not be over.

Bitcoin is down 53 percent year-to-date and significantly more from its peak of roughly $69,000 in November.

“The trend in crypto is clearly not positive,” Gundlach said.

When Bitcoin fell below $30,000, it looked like it would trade down to $20,000 fairly quickly, he said: “And it did.” Now it looks like another breakdown could be imminent.

This isn’t the first time Gundlach has made bold calls about the crypto market, and Bitcoin in particular.

Last year, during an interview with CNBC, Gundlach called the Bitcoin chart “scary.”

When the world’s oldest cryptocurrency hit the $60,000 level, it became exhausted, Gundlach said, noting at the time that the Bitcoin chart had formed a massive head-and-shoulders top.

He told CNBC that investors would likely have an opportunity to buy Bitcoin around the $23,000 level again—and here we are.