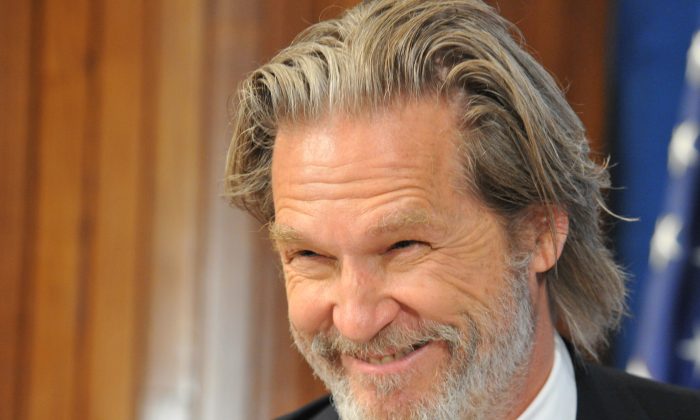 Jeff Bridges ‘Rooting for Trump to Do Well by Our Country’

Jeff Bridges, the actor best known for his role as “The Dude” in 90s cult classic “The Big Lebowski,” said he’s rooting for our president—a rare moment of optimism to come out of Hollywood since the election.

Bridges voted for Hillary Clinton, but he won’t be publicly trashing or threatening President Donald Trump, like some of his colleagues in the entertainment business have. Johnny Depp and Kathy Griffin recently came under fire from critics and fans alike for violent insinuations against President Trump.

Griffin posted a photo of herself holding up a mock severed head of Trump—ISIS style—while Depp asked a crowd in Glastonbury, U.K., if “it’s time” again for an actor assassinate a president—likely referencing John Wilkes Booth, who, in 1865, murdered President Abraham Lincoln at Ford’s Theatre in Washington, D.C.

Both Griffin and Depp have since apologized.

“Some people will be blatantly out there talking about their disappointments and ridiculing the way President Trump is acting,” Bridges told AP.

Bridges is concerned about proposed cuts to food assistance programs, AP reported. Bridges founded the End Hunger Network in 1983 and became the spokesman for No Kid Hungry in 2010. He also helped expand the school breakfast program in Montana.

“The health of our children is a wonderful compass that can tell us if our country is going the right direction,” Bridges told AP. “That means we’re off course, so I’m rooting for the president to get on course.”