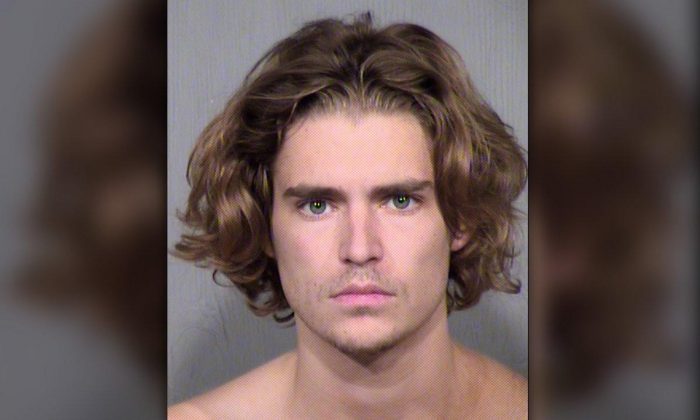 Jean-Claude Van Damme’s son was arrested for allegedly “holding his roommate at knife point,” according to a report on Tuesday, Sept. 12.

Nicholas Van Varenberg, 21, was arrested in Tempe, Arizona, last Sunday after police responded to his apartment.

Police were called there because Van Varenberg was allegedly punching an elevator, according to TMZ.

Officers then found a trail of blood to his apartment. Then, when officers investigated, they found that Van Varenberg had injured his hand.

The officers left, but 20 minutes later his roommate ran down the stairs and claimed that Van Varenberg held him at knife point.

Van Varenberg was reportedly angry that his roommate allowed police inside the home.

Van Varenberg, 21, made an appearance in the 2017 movie, “Kickboxer: Retaliation,” which his father starred in.

His mother is the model and actress Darcy LaPier.