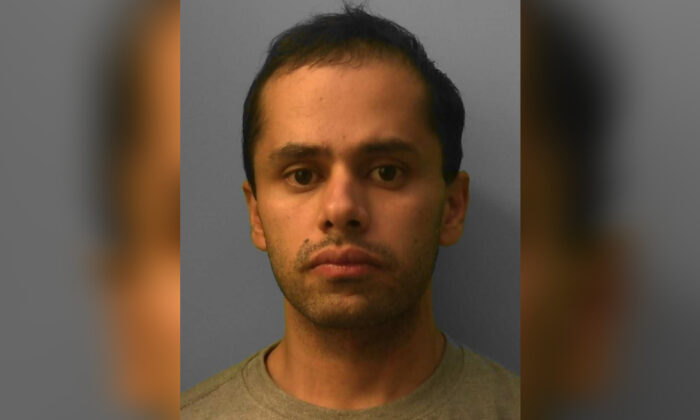 A jealous ex-boyfriend who disguised himself in a fat suit and threw sulphuric acid in the face of a talented junior doctor has been jailed.

Rym Alaoui was left with devastating facial injuries after the horrific attack in Brighton earlier this year when she was tricked on her doorstep.

Medical student Milad Rouf traveled to the town and disguised himself in order to fool his former partner and carry out the assault, a court heard.

The 25-year-old, from Cardiff, wore make-up and sunglasses as he walked up to her home, knocked on the door, and then threw the corrosive liquid into her face.

He was handed an extended jail sentence including 11 years in prison to protect the public when he appeared at Lewes Crown Court on Thursday afternoon.

Prosecutor Flora Page told the court that Rouf and Alaoui had dated briefly while studying together in Cardiff, but she had ended the relationship and moved to the East Sussex city where she began working as a junior doctor.

Instead of moving on, Rouf spent weeks planning his attack before travelling to Brighton on May 20.

Page said: “Using padded clothing and make-up, he made himself appear to be a black woman of large build.

“By the time of the attack at 4:15 p.m., he was dressed all in black and he was wearing a face mask, sunglasses, and a face visor.”

His disguise proved effective, and Alaoui did not recognize him as she opened the door.

Rouf showed her a threatening note written on a pad—taking care not to speak and give himself away—before throwing 60 percent concentrate sulphuric acid in her face.

Despite her quick-thinking in going straight to the shower to wash it off, and the actions of medical staff, she has been left with devastating injuries.

In a statement read out by a member of police staff in court, Alaoui said: “Since the day I was subject to this horrific attack, my life has changed tremendously, whereby I live in constant physical and psychological pain, fear of my future wellbeing and socioeconomic hardship.

“I have been robbed of years of my career and young adult life.

“I cannot begin to imagine how or why someone could commit such a horrible, premeditated attack.”

She said she fears her career as a doctor may no longer be open to her.

Defence barrister Harry Macdonald cited Rouf’s guilty plea and history of good character, including his work on a website to help the NHS.

The court also heard evidence that Rouf had been suffering from depression following the death of his mother.

She added: “You bought sulphuric acid, as a trainee doctor you would know far better than most people the devastating consequences that has when applied to the human body.”

Judge Laing said Rouf acted out of “simple jealousy and anger at being rejected.”

She said in order to protect the public, Rouf would receive an extended sentence, with 11 years in custody and four years on licence upon his release.

Detective Superintendent Mike Ashcroft said: “I’m pleased to see the severity of the offence reflected in the sentence handed out by the court today.

“I hope seeing justice served brings some peace and closure to the victim, who will have to live with the pain and trauma of Rouf’s crime for the rest of her life, and also to her family, who have supported her throughout this difficult time.”