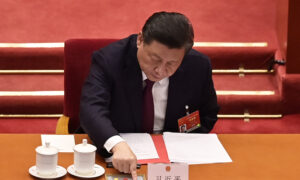 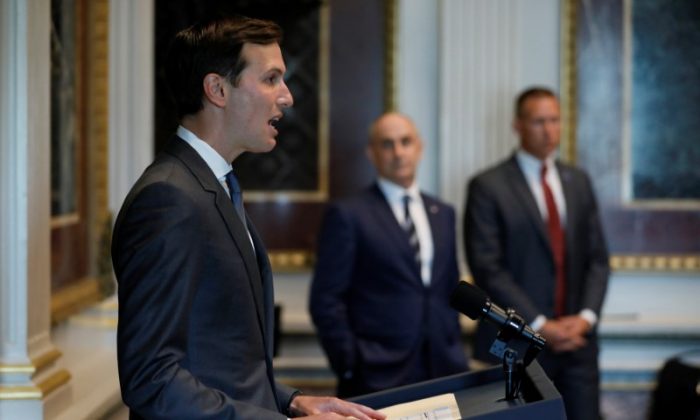 Jared Kushner, President Trump’s senior adviser and son-in-law, gave a speech to CEOs of  technology companies at the White House on June 19, promoting the innovative power of the private sector to update aging federal IT infrastructure.

“Many of our federal systems are decades old with our ten oldest being between 39 and 56 years old,” Kushner said. “The Department of Defense, for example, still uses 8-inch floppy disks on some of its legacy systems.”

The audience included nearly 20 chief executives from companies like Apple Inc. and Amazon.com. The Trump administration, said Kushner, is looking to make sure government services are taking advantage of new technology, providing value to taxpayers that will extend beyond the administration’s time in office.

The effort is part of a broader plan to shrink government, cut federal employees, and eliminate regulations.

“Together we will unleash the creativity of the private sector to modernize the U.S. government,” said Kushner.

In May, Trump issued an executive order to establish the American Technology Council to that end.

“To effectuate this policy, the Federal Government must transform and modernize its information technology and how it uses and delivers digital services.”

Trump signed another order in March to establish the White House Office of American Innovation to bring together the best ideas from government, the private sector, and other thought leaders so as to “ensure that America is ready to solve today’s most intractable problems.”