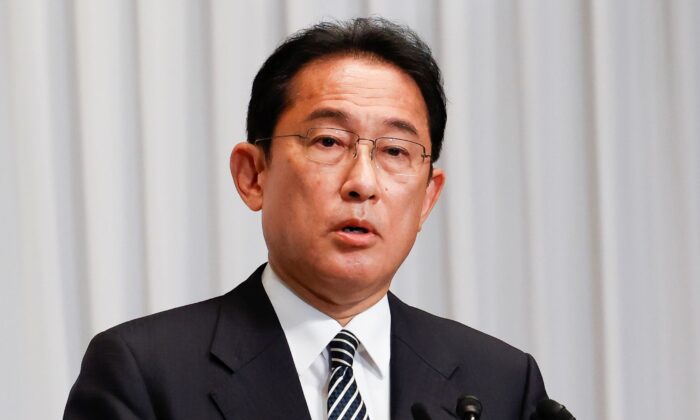 Japan’s Prime Minister Rules out Nuclear Sharing Arrangement With US

Japanese Prime Minister Fumio Kishida has ruled out the option of a nuclear sharing arrangement with the United States as a deterrence strategy, local media reported on Monday, despite security concerns amid the Russia–Ukraine crisis.

“It is unacceptable given our country’s stance of maintaining the three non-nuclear principles,” Kishida said in Parliament, Kyodo News reported.

Kishida’s remarks came after former Prime Minister Shinzo Abe called for Japan to consider a nuclear sharing arrangement akin to the NATO’s nuclear deterrent policy, which allows the United States to deploy its nuclear weapons in Europe under its custody.

“It is necessary to understand how the world’s security is maintained. We should not put a taboo on discussions about the reality we face,” Abe said in a television program on Sunday.

Abe was commenting on the security situation in Japan amid Russia’s recent invasion of Ukraine.

While he acknowledged that Japan “must uphold the goal of abolishing nuclear weapons,” Abe said that the government should give consideration to “various options,” including a nuclear sharing arrangement, given the “increasingly severe security environment.”

“It is important to move toward that goal, but when it comes to how to protect the lives of Japanese citizens and the nation, I think we should conduct discussions by taking various options fully into consideration,” he said.

The United States dropped atomic bombs on the Japanese cities of Hiroshima and Nagasaki during World War II. Japan has since committed to peace and enacted the three non-nuclear principles of not possessing, not producing, and not allowing nuclear weapons into the country.

During a parliamentary lower house budget panel hearing this month, Japan’s defense minister Nobuo Kishi said that he would not rule out the option to conduct preemptive airstrikes on enemy bases because the country has reserved the right to do so.

Kishi said that such attacks “would fall within the scope of self-defense,” although it would be the last resort to protect Japan from inbound missiles, Nikkei Asia reported.

However, he noted that certain conditions must be met in order for an airstrike against enemy bases to be authorized under the self-defense policy, which includes limiting the use of force to only what is necessary to complete the mission.

Kishi also noted that Japan “will not possess military capabilities that by themselves would annihilate an opponent,” such as intercontinental ballistic missiles or long-range strategic bombers.