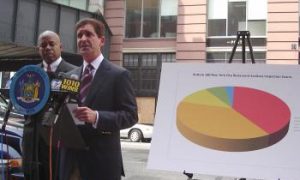 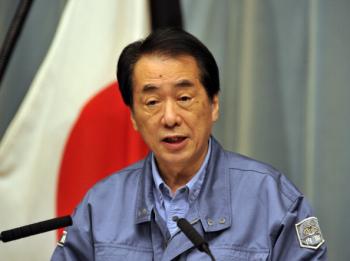 By Alex Johnston
Print
Japan’s Prime Minister Naoto Kan said that produce grown in the region near the compromised Fukushima Daiichi is safe to eat even though the nuclear power plant is leaking radiation.

On the contrary, he said Japanese citizens should “support the area” by buying local goods from the region, according to the BBC.

His statements were echoed by the International Atomic Energy Association (IAEA), which also said food from the region would not be contaminated.

“Samples of various vegetables, fruit, various meats, seafood and processed raw milk in eight prefectures indicated that iodine 131, caesium 134 and caesium 137 were either not detected or were below the regulation values," IAEA deputy head Denis Flory told reporters, according to the BBC.

The announcement comes as Japan’s Nuclear and Industrial Safety Agency bumped up the International Nuclear Event Scale (INES) to a seven rating—on par with the worst nuclear power plant disaster in history, Chernobyl.

An INES rating of seven is the highest possible rating for a nuclear disaster.

Despite the ominous INES rating, the IAEA said that “there are early signs of recovery in some functions such as electrical power and instrumentation,” while noting the seriousness of the situation.

Kan said that Tokyo Electric Power Co. officials are working to create a timetable for ending the nuclear disaster, CNN reported. “They will be doing that soon,” he said.

The plant’s earthquake-wrought destruction and subsequent radiation leak will not cause the Japanese government to forget its people, Kan added.

“The government will not forsake the people who are suffering because of the nuclear accident,” the Prime Minister said, according to the news agency.

On Monday, Japanese officials said they plan on evacuating areas beyond the 20-kilometer contaminated zone located around the power plant. The reason for their decision is due to persistent, low-level radiation that would affect the populace over the next year.