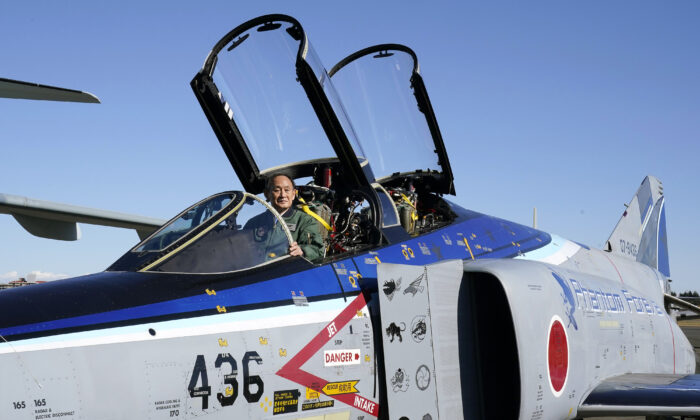 Change often comes so slowly in Japan that it’s easy to overlook. That’s especially true with the Japan Self Defense Force (JSDF)—Japan’s military.

Five years ago the idea of foreign troops—other than the Americans—training in Japan was thought impossible. It was: “unconstitutional,” “politically explosive,” and for Japanese officials, “too difficult” (preceded by the sound of air sucking through teeth).

Yet, from May 11 to 17, French Army troops will be training in Kyushu at Kirishima Training Ground along with the Japan Ground Self Defense Force (GSDF) and U.S. Marines.

The exercise will involve the GSDF’s Amphibious Rapid Deployment Brigade (ARDB)—Japan’s “Marines” and will also include tabletop exercises at Camp Ainoura near Sasebo, the ARDB’s home base. Ten years ago, the idea of a Japanese amphibious force was considered equally preposterous. It wasn’t, to those who knew better, but that’s another story.

This isn’t the GSDF’s first brush with the French forces.

In 2017, the French amphibious ship, Mistral, with French Marines and British Royal Marines aboard linked up with GSDF and U.S. Marines for joint four-way on Guam and nearby Tinian.

But this week’s training is the first time the French will be coming ashore in Japan.

Although largely overlooked these days, the British beat them to the punch.

In 2018, a year after the Guam exercises, the Royal Navy’s HMS Albion came to Japan with a company of UK Royal Marines. The British Marines and the Japanese Army did all the planning necessary for a small amphibious landing exercise at Numazu–west of Tokyo—and involving the British and Japanese navies, but the landing exercise was ‘weathered out’ by rough seas.

This would have been the first time foreign ground troops—other than U.S. forces—trained in Japan with the Japan Self Defense Force.

The upcoming Kyushu training is, in fact, the latest in a gradual expansion of GSDF (and JSDF) activities. It may seem to take place under the radar, but it is progress nonetheless.

Here are some of the important things to know about the French coming to Japan:

First, nobody in Japan is complaining. Such was also the case when the Royal Marines showed up three years ago. The public response was a collective yawn. Indeed, ask about it and one was likely to hear: ‘atarimae’—or in other words, ‘why not? It’s common sense.’

Even the usual suspects—certain Japanese politicians, academics, and leftist media—that typically howl at any excuse to claim Japan is returning to the 1930’s military dictatorship had nothing much to say. Notably, the Asahi Shimbun that is both anti-military and often anti-American was quiet. It even wrote a ‘straight news’ piece on the British visit and landing exercise.

Second, consider the implications of French (and British) troops training with the Japanese and the Americans in a location not far from where the Chinese are challenging Japanese control of the Senkaku Islands and the East China Sea—and also threatening Taiwan.

No matter what Paris might say, they are taking sides with the free nations supporting the idea of a Free and Open Indo-Pacific (FOIP). Though never directly stated, the implicit idea behind FOIP is to keep the Indo-Pacific ‘free and open’ from Chinese domination and control. And in France’s case, with territories and huge maritime exclusive economic zones in the South Pacific (and modest military forces covering the region), the Chinese threat is real.

Britain’s new aircraft carrier, Queen Elizabeth II, and escort ships (and with a U.S. Marine F-35 squadron embarked) are en route to the Pacific, and will be conducting training with the Japanese military later this year.

Since the Chinese People’s Liberation Army is not on the dance-card, one fairly concludes that France and Britain have a favorite in the Japan-China struggle.

Third, the training demonstrates that the Ground Self Defense Force is gradually becoming (or being allowed to become) less insular and potentially more professional via exposure to foreign militaries. Sixty years of seeing nothing but Americans has not been ideal for the GSDF’s development.

The GSDF (and the JSDF) still has a ways to go before it is an actual ‘warfighting’ force. But, it is trying. And with a bite-sized approach and the right focus and training, the Amphibious Rapid Deployment Brigade could become a useful addition in a combined defense of Japan’s southern islands—including the rest of the JSDF, the Americans, and any other partners that wish to get involved.

Progress? Yes, but not fast enough.

While the training with the French and the British does indicate ‘progress’—not least in Japanese thinking about defense, it’s much too slow—and given the threat, it is glacial. The People’s Liberation Army’s rapid and ongoing development into a daunting force has outstripped the JSDF and is causing American commanders to sweat.

So here are some ideas for using the French visit as a stepping stone for picking up the pace:

A ‘multinational MEU’ combining an amphibious ship from each of the United States, Japanese, and Australian navies—and Marines or amphibious trained infantry—will be an excellent platform for developing joint, amphibious capabilities while taking a burden off the 31st MEU. And there’s a political significance to all this as well—as free nations demonstrate a willingness to do something ‘difficult’ to defend themselves and their friends.

Get the multinational MEU underway and other nations might want in on a good thing. Singapore, Taiwan, Philippines Indonesia, South Korea, and India come to mind.

But isn’t all this impossible? No. Everything mentioned above is no more impossible than the idea of French infantry coming to Japan seemed five years back. It’s only as hard as you want to make it.

And if the People’s Liberation Army breathing down Japan’s (and everyone else’s) necks doesn’t concentrate minds—especially with risk averse Japanese Ministry of Defense and U.S. Department of Defense bureaucrats—nothing will.