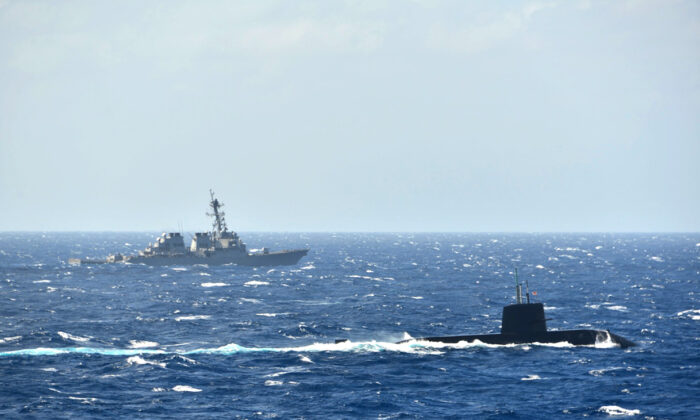 A decade ago, the word “amphibious” was taboo in Japan. It was too “warlike,” conjuring up in some minds images of World War II and Japanese forces sailing overseas to attack foreign countries.

So the Japan Self-Defense Force (JSDF) had no amphibious capability—despite its obvious usefulness for an island nation defending its own far-flung islands, including ones China claims as its own.

Things were so bad that when the U.S. Marines quietly, and for the first time, assigned an officer to Japan’s Ground Self-Defense Force (GSDF) in 2011, the Japanese tried to keep it hush-hush.

Ten years later, Japan has an amphibious force—the Amphibious Rapid Deployment Brigade (ARDB)—and nobody remembers what they were complaining about.

It’s undeniable progress, progress that many observers—even some knowledgeable ones—thought was impossible.

Work started in earnest in 2012, and in 2018 the Japanese formally established the ARDB at Camp Ainoura near Sasebo. When fully operational, it will have about 3,000 “Marines.” The ARDB has been busy figuring out amphibious operations. It has been training in Japan and as far afield as Australia and Southern California.

And it also trains with the U.S. Marines, which has played a considerable role in helping the Japanese Army develop its amphibious force—rather than leaving them to figure it out themselves. Indeed, to some observers the higher the level of attention the Marines have paid to the ARDB (and the rest of the GSDF), the faster the Japanese have progressed.

Retired U.S. Marine Lt. Col. Joe Stavale, who currently works with the Third Marine Expeditionary Force (III MEF) on Okinawa and is a respected expert on the Japanese military and the U.S.-Japan security alliance, offered his insights into how far the ARDB has come.

“The Amphibious Rapid Deployment Brigade (ARDB) now has two certified brigades and (routinely) trains with III MEF, in particular with the 31st MEU and COMPHIBRON 11 in meaningful ways,” he wrote in an email on Feb. 17.

The 31st MEU is the 2000-man marine expeditionary unit stationed in Okinawa, while PHIBRON 11 is the U.S. Navy’s Amphibious Squadron 11 based in Sasebo, Japan.

Stavale added: “U.S. Marines, and in particular Japan-based Marines, have never been more integrated with the GSDF, conducting rehearsals that matter. Exchange of LNO (Liaison Officer) teams, frequent key leader engagements and other interactions that seeks to refine our capabilities, information sharing, compatibility of equipment, and decision making, among other efforts, are ongoing at all levels. New and modern rehearsals such as Resolute Dragon and (the upcoming) MDX (Maritime Defense Exercise—that is billed as the largest bilateral amphibious exercise conducted on mainland Japan) are examples of the growing capabilities between III MEF and the GSDF. The ability to integrate MSDF (Japanese Navy) and ASDF (Japanese Air Force) assets in these rehearsals are significant. We are not just training or exercising, we are rehearsing.”

And addressing concerns by some observers that the Japan Maritime Self-Defense Force might leave the ARDB high and dry, Stavale wrote:

“The MSDF is training more with the ARDB and synergizing their efforts, such as Command and Control and Command Relationships and other supporting functions. There is a strong ‘blue-green’ (Japanese Navy and Army) relationship that is being coupled with our (US Navy—US Marine) ‘blue-green’ capabilities which has created a formidable bilateral team. Fires coordination and support, communications, flight operations on each other’s vessels, logistical support, etc., has rapidly improved within the JSDF and between our forces.”

And after the Tonga volcano eruption and tsunami in January, the Japanese Army and Navy turned to and sent an amphibious ship with supplies and helicopters to Tonga.

This is progress, aided and abetted by the keen level of U.S. Marine and Navy involvement in the Japanese capability development effort.

This writer has observed this effort from the beginning and, as mentioned, one notes that when U.S. Marine commanders at different levels have made the effort, things have moved along nicely.

But not all Marine commanders have been interested in the Japanese. Indeed, at the very beginning of Japan’s effort to create an amphibious force, one very senior Marine general planned to kill Marine participation, though he later changed his mind. And an MEU commander refused to allow GSDF liaison officers to come aboard and observe MEU operations.

Things are different now. But one Marine officer cautions that: “Marine Corps culture eats strategy for breakfast. So our culture tends to be alone and unafraid, and pulling along others (i.e. helping the Japanese master amphibious operations) cuts away from ‘MAGTF (Marine Air-Ground Task Force) training’ for much monitored readiness reporting.”

But for now, there are enough of the right sorts of officers in the right places to keep things moving.

Indeed, the commander of the 31st MEU stressed in a recent press briefing that he wanted more and more training and engagement with the JSDF.

The Japanese ARDB Versus the Australian Amphibious Force

Interestingly, the Australian Defense Force (ADF) started working on an amphibious capability around the same time as the Japanese. The ADF has a basic capability—and even sent HMAS Adelaide to Tonga right after the volcano eruption in January.

But who is farther ahead?

It’s debatable, but this writer suggests the Japanese are ahead of the Aussies in some key respects at the strategic and operational levels, and even at the tactical level. Specifically, Japan leads in terms of “standing formations” (designated and manned amphibious units) and “purposeful equipment purchases” (buying the right things an amphibious force needs), and they seem to be taking amphibious mastery more seriously, maybe for reasons an anthropologist can explain best.

However, there is maybe a whiff of arrogance in the ADF over the Japanese capability—that perhaps comes of the ADF being a highly professional force with plenty of recent combat experience. And one does note that the Japanese are not near as capable when it comes to the actual execution of close combat action—and that’s no small thing.

For all the advances over the last decade, there’s much more to do before Japan’s amphibious force is ready to fight.

And keep in mind that ARDB operates in the context of a larger Japanese military that is underfunded and overstretched in handling the many missions it has—thus making amphibious forces less of a priority in some quarters. And the JSDF still can barely conduct joint operations—combining its sea, air, and ground forces. And its officers and troops often show a worrisome lack of confidence, while laboring under excessive restraints from Japan’s civilian and political leadership.

As for the ARDB, here’s what to watch for to know that things have reached the right level:

And the ultimate test: The ARDB can do a real world short notice combat operation–by themselves, or even better, together with the U.S. Marines.

As for this last one: The ARDB may not be ready yet, but it is a lot closer than it was a decade ago.

Rome of course wasn’t built in a day, so some patience is in order. But one should remember that Rome was destroyed in an afternoon, so the Americans and the Japanese should hurry.