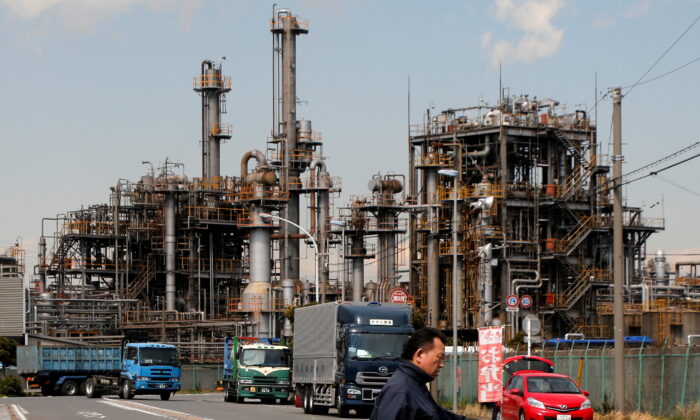 A worker walks near a factory at the Keihin industrial zone in Kawasaki, Japan, on March 8, 2017. (Toru Hanai/Reuters)
Economy

Activity in the services sector contracted for the first time in five months, as a fall in new business raised worries about lackluster demand at home.

The headline figure was pulled down in the second consecutive month of declines in output and overall new orders. New orders shrank at the fastest rate in nearly two years.

“August data signalled the second-weakest reading in the composite index so far this year, though the rate of deterioration was only mild,” said Usamah Bhatti, economist at S&P Global Market Intelligence, which compiles the survey.

“Of concern was the amount of new business received by private sector firms, which reduced for the first time in six months and pointed to further weaknesses to come.”

The au Jibun Bank Flash Services PMI Index slipped to a seasonally adjusted 49.2 in August from July’s final of 50.3, contracting for the first time since March.

The au Jibun Bank Flash Japan Composite PMI, which is calculated by using both manufacturing and services, saw a marked decline to 48.9 from July’s 50.2 final.