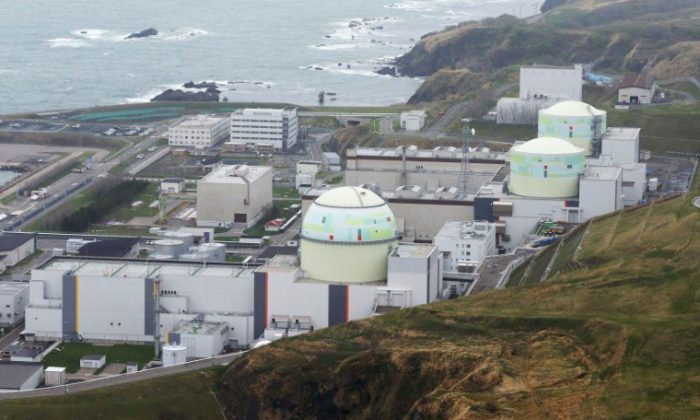 A Japanese nuclear energy station is relying on emergency back up power after a powerful earthquake knocked out electricity on the northern island of Hokkaido on Thursday, Sept. 6, a stark reminder of the Fukushima disaster more than seven years ago.

The three-reactor Tomari nuclear plant, operated by Hokkaido Electric Power and in shutdown since the aftermath of the Fukushima disaster, lost power after a magnitude 6.7 quake hit the island in the early hours, the government said.

There were no radiation irregularities at the plant, Suga said, citing the operator.

More than 100 have been injured and 19 are missing following the quake, according to broadcaster NHK.

On March 11, 2011, a magnitude 9 earthquake, the most powerful recorded in Japan, struck off the northern Honshu coast. The quake set off a massive tsunami that devastated a wide swathe of the Pacific coastline and left nearly 20,000 dead.

The quake knocked out power to the Fukushima Daiichi Nuclear Power Plant and the tsunami swamped diesel generators placed low in reactor buildings, leading to a series of explosions and meltdowns in the world’s worst nuclear disaster for 25 years.

The crisis led to the shutdown of the country’s nuclear industry, once the world’s third-biggest. Seven reactors have come back online after a protracted relicensing process.

The majority of Japanese people remain opposed to nuclear power after Fukushima highlighted failings in regulation and operational procedures in the industry.

Hokkaido Electric has shut down all fossil fuel plants, cutting power to all its nearly 3 million customers, a spokesman told Reuters by phone.

Japan’s industry minister, Hiroshige Seko, has instructed Hokkaido Electric to restart its biggest coal plant after the station was tripped by the earthquake.

The blackout shut down Hokkaido’s New Chitose Airport, a popular gateway to the most northern of Japan’s main islands, the second major airport to be knocked out in the country in two days after a typhoon swamped the nation’s third-biggest.

Japan is in the midst of a record tourism boom and will host the Olympics in 2020.

Prime Minister Shinzo Abe, arriving at his office before 6 a.m., told reporters saving lives was the priority as his government set up a command center to coordinate relief and rescue.

A fire broke out at a steel plant operated by Mitsubishi Steel Manufacturing in the city of Muroran, but has largely been brought under control, a spokesman told Reuters.

By William Mallard and Osamu Tsukimori