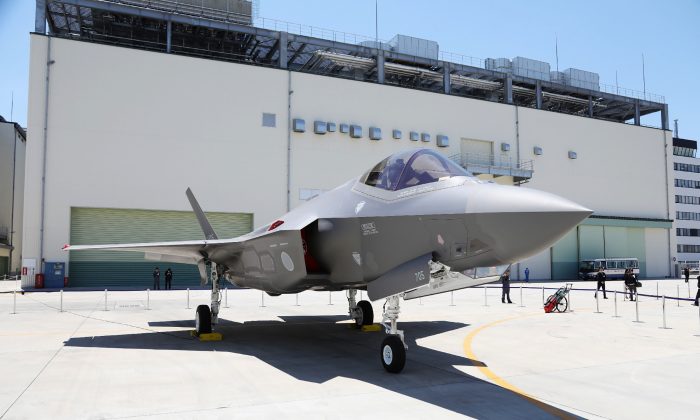 TOKYO—Japan is to acquire medium-range, air-launched cruise missiles, capable of striking North Korea, a controversial purchase of what will become the longest-range munitions of a country that has renounced the right to wage war.

Defence Minister Itsunori Onodera did not refer to North Korea when announcing the planned acquisition and said the new missiles would be for defence, with Japan still relying on the United States to strike any enemy bases.

“We are planning to introduce the JSM (Joint Strike Missile) that will be mounted on the F-35A (stealth fighter) as ‘stand-off’ missiles that can be fired beyond the range of enemy threats,” Onodera told a news conference.

The purchase plan is likely to face criticism from opposition parties in parliament, especially from politicians wary of the watering down of Japan’s renunciation of the right to wage war enshrined in its post-World War Two constitution.

But the growing threat posed by North Korean ballistic missiles has spurred calls from politicians, including Onodera, for a more robust military that could deter North Korea from launching an attack.

Japan’s missile force has been limited to anti-aircraft and anti-ship munitions with ranges of less than 300 km (186 miles).

The change suggests the growing threat posed by North Korea has given proponents of a strike capability the upper hand in military planning.

North Korea has recently test-fired ballistic missiles over Japan and last week tested a new type of intercontinental ballistic missile that climbed to an altitude of more than 4,000 km before splashing into the sea within Japan’s exclusive economic zone.