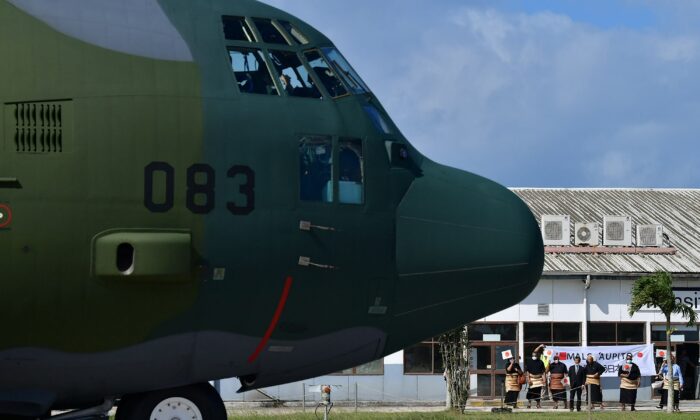 Japan will reconsider its plan to transport humanitarian aid to Ukraine, a government official said April 21, after India refused to allow its military plane to pick up aid supplies in Mumbai.

“The government will consider various possible support, but nothing specific has been decided at the moment,” Chief Cabinet Secretary Hirokazu Matsuno told reporters, the Yomiuri Shimbun reported.

India’s Ministry of External Affairs spokesperson Arindam Bagchi said that India had received Japan’s request to land in Mumbai to pick up aid supplies for Ukraine, but has permitted only the use of “commercial aircraft.”

Japan’s government had planned to dispatch a Self-Defense Force (SDF) aircraft to collect aid supplies from a United Nations agency in India and the United Arab Emirates, and deliver them to Ukraine’s neighboring countries of Poland and Romania.

Aid delivery was scheduled to begin in April following approvals from Japan’s ruling Liberal Democratic Party (LDP) on April 21 and the cabinet on April 22.

SDF aircraft must obtain permission from a country to enter its territory. The plan has now been delayed as India refused to allow SDF aircraft to pick up supplies in Mumbai.

“The acceptance of SDF aircraft was rejected by India, the point of loading,” LDP’s policy chief Sanae Takaichi said in an April 21 meeting.

An unnamed Japanese government official claimed that Japan had obtained “working-level” permission from India to allow its SDF plane to land in Mumbai, but that consent was abruptly withdrawn on April 20, Kyodo News reported.

When asked whether India had given consent to Japan, Bagchi said he was “hesitant to comment on somebody else’s comment that I may not have fully seen.”

India is one of the few major countries that has not condemned Russia for its invasion of Ukraine, taking a neutral diplomatic stance on the conflict. Analysts say this posture is due in part to New Delhi’s need to maintain ties with its major arms supplier Moscow, especially amid rising tensions with Beijing.

Japan’s Prime Minister Fumio Kishida met with Indian Prime Minister Narendra Modi in March 2022 and conveyed to him the urgent need for a clear response to the Russia–Ukraine war, which had shaken “the foundation of international order.”

The two leaders issued a joint statement after the talks in which they stated that “any unilateral change to the status quo by force cannot be forgiven in any region” and called for “peaceful resolutions of disputes based on international law.”