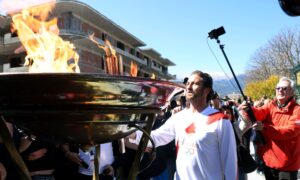 IOC Official Says No Deadline for Decision on Olympics
0 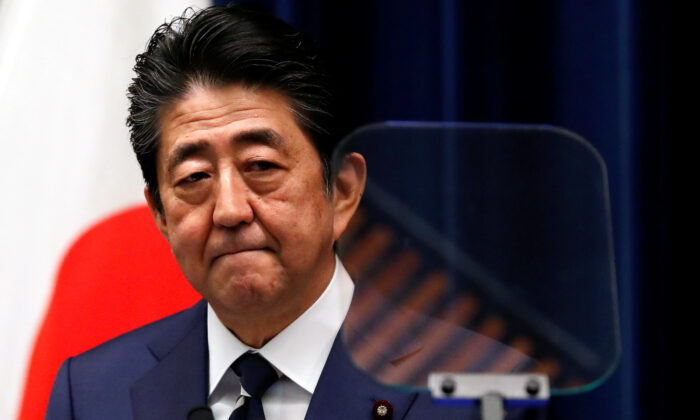 Japan PM Hopes for Early Decision on Whether to Postpone Olympics

TOKYO—Japanese Prime Minister Shinzo Abe said on Monday that he hopes that the International Olympic Committee will make a decision as early as possible on whether to postpone the Summer Olympics.

He acknowledged that given the global pandemic caused by the CCP virus, also known as the novel coronavirus, the Tokyo Olympic Games may need to be postponed if the event cannot be held in its “complete form.”

The International Olympic Committee (IOC) said on Sunday after an emergency meeting that it is stepping up its “scenario planning” for the 2020 Games due to start on July 24, including a possible postponement.

Abe said that while cancelling the Games was not an option, a delay was now on the cards if that was the only way to hold the event in its complete form.

“If that becomes difficult, we may have no option but to consider postponing the Games,” he told parliament.

He said he had conveyed his views to Tokyo Games chief Yoshiro Mori on Sunday evening, who then discussed the issue with IOC President Thomas Bach.

Under mounting pressure from athletes, federations, and national committees to postpone the Games, the IOC did a partial U-turn on Sunday after long insisting, with Tokyo organizers, that the Games would go ahead as planned.

The IOC will hold discussions that will include an option of putting back the July 24 start date or even moving the Games by a year or more due to the global coronavirus outbreak, but said cancelling the Games would not solve problems or help anybody.

“Therefore, cancellation is not on the agenda,” the IOC said in a statement, adding that the detailed discussions would be completed within the next four weeks.

The Olympics has never been postponed or cancelled during peacetime but the IOC’s decision to even consider postponement was met with relief from several major stakeholders, including World Athletics, the International Paralympic Committee (IPC), and major national Olympic committees.

The Australian and Canadian Olympic teams have said that they will not be sending their athletes to Tokyo this summer.

#TeamCanada will not send athletes to Games in summer 2020 due to COVID-19 risks.

“We are now in a position where we can plan with greater certainty.”

The IPC, whose Tokyo Paralympics are set for Aug. 25 to Sept. 6, said the IOC took the right decision under the circumstances.

“The next four weeks will provide time to see if the global health situation improves, while giving a window of opportunity to look into different scenarios should the dates of the Games need to be changed,” IPC President Andrew Parsons said.

World Athletics, the sport’s global governing body, said it was ready to work “with the IOC and all sport on an alternative date.”

More than 13,000 people have died globally since the coronavirus outbreak began in Wuhan, China, late last year. The number of deaths is feared to be much higher, due to a lack of transparency from the CCP.

As of Sunday morning, Japan had 37 deaths and 1,055 coronavirus cases, excluding those from a cruise ship that was quarantined near Tokyo last month and returnees on chartered flights from China, a tally by public broadcaster NHK showed.

Abe said all travelers from the United States, including Japanese citizens, would be asked to go into quarantine for 14 days after their arrival in Japan.

In the United States, nearly one in three residents has been ordered to stay at home to slow the spread of the flu-like virus as cases nationwide topped 32,000, with more than 415 dead, according to a Reuters tally.

Japan’s foreign ministry has advised citizens to avoid non-essential and non-urgent travel to the United States.

Meanwhile in Europe, France’s coronavirus death toll rose by 112 on Sunday to 674, senior health official Jerome Salomon said, with the number of confirmed infections increased by 1,559 to 16,018.

By Leika Kihara. Epoch Times staff contributed to this report.