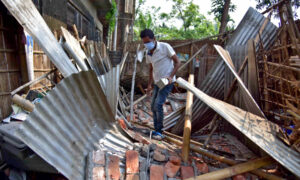 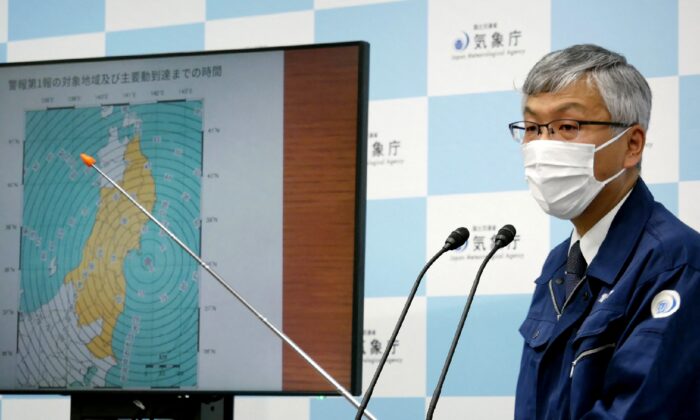 TOKYO—An earthquake with a magnitude of 6.8, revised up from an earlier estimate of 6.6, jolted northeast Japan on Saturday, shaking buildings 400 kilometers away in Tokyo and raising the possibility of landslides closer to the epicenter.

No tsunami alert was issued after the quake, which struck at 10:27 a.m. Japan time (0127 GMT) off the coast of Miyagi prefecture at a depth of 51 kilometers (32 miles), the Japan Meteorological Agency (JMA) said. The JMA earlier estimated its depth at 60 kilometers.

There were no reports of serious injuries caused by the quake, but the JMA warned of the potential for strong aftershocks for about a week, as well as the heightened risk of landslides.

Closer to the epicenter, there were no issues at the Onagawa nuclear station, according to operator Tohoku Electric Power Co Inc.

Bullet train services throughout northern Japan were suspended for several hours but had resumed by late afternoon.

The coast off northeast Japan has been hit by multiple earthquakes in recent months, including a magnitude 7.2 quake in March and a similar-sized one in February—both said by scientists to be aftershocks from the magnitude 9 quake a decade ago that ravaged Fukushima Daiichi and was one of the strongest temblors on record.

Eneos Holdings Inc., Japan’s biggest refining company, said its Sendai refinery, also located close to the epicenter, automatically shut down as the quake struck. Engineers were making checks after confirming there were no injuries, it said.

The 145,000 barrels per day refinery had only restarted in April after being damaged by the February earthquake. That quake knocked out one-fifth of Japan’s refining capacity.

By Kevin Buckland and Aaron Sheldrick