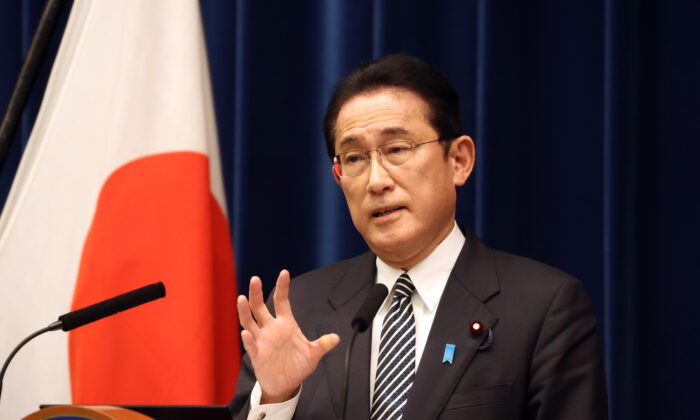 Japan–China relations are a dead-end as long as the CCP exists with its lies: experts
By Winnie Han

Japan’s long-term aid to China will end in March this year. The official aid, covering finance, technology, and training, gave a much-needed boost to China’s economic growth over 40 years, which, regrettably, the communist ruling regime concealed from the Chinese people and moved the country even further from democracy and freedom, experts said.

The Japanese government’s Official Development Assistance (ODA) reported the complete end of the aid, according to a report by the Japan International Cooperation Agency (pdf), a government agency that delivers the bulk of ODA.

Earlier in October 2018, former Japanese Prime Minister Shinzo Abe announced that Japan would end aid to China during his visit to the developing country.

Bokudo Mizoguchi, director of the Institute of Asian Culture, History and Politics, told the Chinese edition of The Epoch Times that the Japanese government has been supporting China’s economic development since the 1980s, while it is a great pity that the Chinese Communist Party (CCP) did not tell the truth to the Chinese nation.

The CCP has been worsening the relations between Japan and China with its lies. “As long as the regime exists, this [Japan-China relations] is a dead knot that can never be untied,” he said.

“The Japanese government and people have been helping the people [under the CCP regime] who see us as enemies.” Since the CCP regime was established in 1949, all its propaganda and its regime were built on lies; Japan has religious beliefs and freedom, while the Chinese Communist Party violates it as an enemy, Bokudo Mizoguchi said.

The official stance is in line with public opinion, “Like the United States and other Western countries, Japan had expected that China would become a richer, more democratic and internationally connected country through foreign aid,” however, on the contrary, the Chinese side is moving further away from those things, Professor Yasuhiro Matsuda of the Institute of Oriental Culture at the University of Tokyo told VOA in October 2018.

“This is an important reason why Japanese people were criticizing and calling for an end to aid [to China].”

Japan’s Official Development Assistance (ODA) website cited then Prime Minister Ohira as saying “We believe that a more prosperous China will contribute to making the world a better place. Japan strongly commits to providing assistance to China and its efforts to modernize, based upon such expectation from around the world.”

According to the Chinese-language Epoch Times on Nov. 8, 2018, Japan’s ODA policy placed the country as China’s largest aid donor, accounting for more than 60 percent of its global aid.

It has brought China “start-up capital” for the modernization and supported China’s infrastructure construction and economic development. Over the past 40 years, Japanese yen loans have successfully supported many large-scale projects in the fields of energy and resource development, transportation, transport, and communication infrastructure construction, as well as agriculture, forestry, urban construction, and environmental protection in China, Radio France International said on Oct. 23, 2018.

Bonnie S. Glaser, the senior advisor on Asian affairs and China expert at the Center for Strategic and International Studies based in Washington, told The New York Times on Oct. 29, 2018, that this aid had made a “considerable contribution” to China’s economic transformation over the past 40 years, while Japan playing a role in China’s economic development was rarely acknowledged.

Yang Zhongmei, a senior researcher at the U.S.-China-Japan Comparative Policy Institute, told VOA that China’s Foreign Ministry had never conducted the right publicity about Japan’s economic aid, instead attributing the achievements of reform and opening up to the “good leadership” of the Chinese Communist regime.

Keiko Kawasoe, a well-known Japanese author, told The Epoch Times that Japan had provided a lot of aid to China, but the CCP had been taking it for granted. “Because China is a victorious country [in World II], [the CCP would think] you Japan must apologize and compensate us [the CCP], we [the CCP] don’t have to thank you [Japan] for aid, and we [the CCP] don’t have to let the [Chinese] people know.”

She also said that in fact, the CCP did not defeat Japan directly during World War II, and it was actually the Kuomintang army led by Chiang Kai-shek that resisted Japan’s invasion.

When finding the reasons for the CCP’s concealment of Japanese aid, Professor Ding Shu-fan, a researcher at the Center for International Relations at National Chengchi University in Taiwan, told The Epoch Times that the CCP might want to use Japan’s history textbook inspections to exaggerate Japanese militarism in order to criticize Japan, to blackmail Japan into providing more aid, and to transfer the people’s discontent with Chinese society onto Japan.

On January 14, 2014, Japan announced guidelines for the content of junior and high school textbooks stating that the Diaoyu Islands (Uotsuri Jima) are “Japan’s inherent territory,” which sparked disputes between Japan and China.

The ODA, started in December 1979, was considered an active response to China’s request made the year before. In October 1978, when Chinese Communist Party leader Deng Xiaoping visited Japan’s steel, automotive, and electrical factories, and rode the Shinkansen high-speed railway, he said “I learned what modernization is,” and invited Konosuke Matsushita, founder of Matsushita Electric in China to help the country realize industrial modernization.

Two months later, on December 18, 1978, Deng put out the “reform and opening-up of China” policy and sought foreign capital aid.

“At that time, China still had the aftershocks of the Cultural Revolution, even the World Bank did not lend money to China, and Japan was the first country to aid China,” Mitsuya Araki, who has been involved in and led Japan’s economic aid to China, told the Chinese edition of The Epoch Times in 2018.

After World War II, the Republic of China, based on Chinese traditional morality of “repaying grievances with virtue” that was proposed by the leader Chiang Kai-shek, voluntarily give up its demand for compensation and signed the Peace Treaty between Japan and the Republic of China on April 28, 1952.

In 1972 the CCP regime started diplomatic relations with Japan, it abandoned its war-after compensation claims in the Sino-Japanese Joint Declaration signed on September 29, 1972, because the CCP had ill relations with the former Soviet Union, and so then-leader Mao Zedong turned to other countries to make friends.

But the Chinese authorities and Japan had reached a tacit agreement that Japan would provide assistance to China in the form of ODA instead of war reparations.

According to Mitsuya Araki, Japan’s assistance to China is divided into three phases with loans and assistance programs formulated every five years, including infrastructure, health and medical care, environmental protection, education, and human resources training that involves more than 200 universities in 22 provinces.