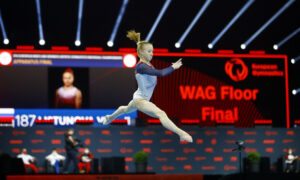 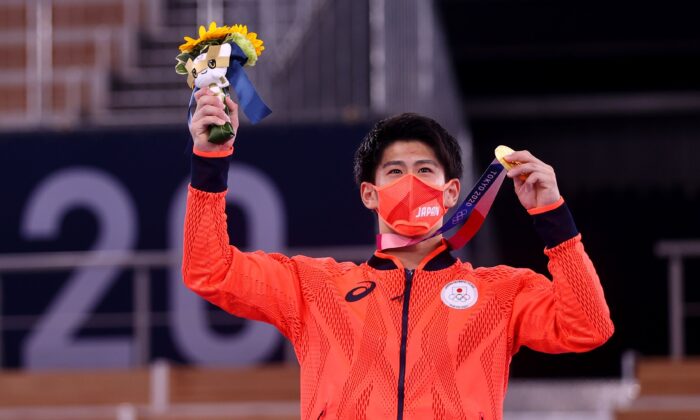 With the host nation’s “King” Kohei Uchimura, Olympic all-around champion in 2012 and 2016, choosing not to defend his title in Tokyo, it was left to his heir apparent Hashimoto to step up.

The 19-year-old did not disappoint, posting a winning point total of 88.465 to push China’s Xiao Ruoteng, the 2017 world all-around champion, into second place.

Going into the final rotation with Xiao leading and all the medal contenders finishing on the high bar, the gold had looked headed back to China for the first time since the 2008 Beijing Summer Games.

But then Hashimoto, the last man to compete, produced a spectacular routine that earned him the top mark of 14.933, enough to vault him over Xiao to top spot on the podium.

As Hashimoto stepped up to take his turn, China had filed an inquiry over Xiao’s mark of 14.066 which they viewed as too low.

A few minutes later it was announced that the inquiry had been rejected and the score was unchanged.

Adding insult to injury, the gold moved Japan past China into top spot on the Tokyo 2020 medal table.

With a quality field featuring the reigning and two former world champions, it was no shock that the medals came down to the final apparatus with the top four all within a half-point.

But it certainly was a surprise that Hashimoto, the gymnast with the thinnest resume, picked up his second medal of the Tokyo Games after helping Japan to a silver in the team event.