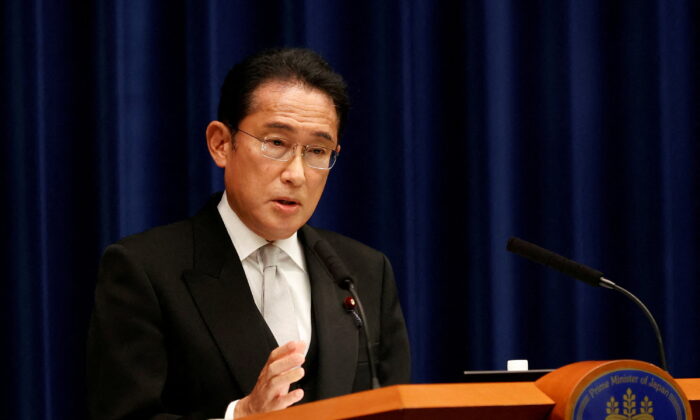 Japan is looking to restart a number of idle nuclear reactors and will develop new plants using next-generation technologies as the country battles against an energy crunch, said Prime Minister Fumio Kishida on Wednesday.

The move marks a dramatic reversal from Japan’s policy on nuclear energy a decade after the Fukushima disaster.

Japan had only allowed 10 of the 33 operable nuclear reactors to restart after the 2011 Fukushima nuclear disaster, which was triggered by a deadly 9.0 magnitude earthquake and tsunami. The incident also saw public confidence in nuclear power plunge to record lows.

However, rising energy prices and a hot summer, along with Russia’s invasion of Ukraine, have prompted fears of a power shortage, leaving the government seeking nuclear alternatives. Meanwhile, public opinion regarding nuclear reactors has shifted in light of rising fuel prices.

Kishida said at a government meeting on “green transformation” on Wednesday that he has instructed officials to come up with concrete measures regarding the policy change by the end of the year, including “gaining the understanding of the public” sentiment on sustainable energy and nuclear power.

Japan has pledged to reach carbon neutrality by 2050.

The country has imported greater amounts of natural gas and coal to meet its energy needs in recent years.

Kishida also said his government aims to restart seven other reactors by next summer and will look at extending the lifespan of existing reactors beyond the current maximum of 60 years, up from the initial 40 years.

He called on his government to speed up its examination of “every possible measure” and come to a decision by the end of the year.

“In order to overcome our imminent crisis of a power supply crunch, we must take our utmost steps to mobilize all possible policies in the coming years and prepare for any emergency,” Kishida said.

“It is extremely important to secure all options to redesign a stable energy supply for our country,” Economy and Industry Minister Yasutoshi Nishimura also told reporters. “From that perspective, we will also consider all options regarding nuclear power.”

Japan had 50 operational power reactors prior to the Fukushima nuclear disaster, but suspended 46 of them after the disaster, according to the International Atomic Energy Agency.

The government has previously said that nine nuclear reactors will restart operation by winter in an effort to cope with increased demand. The reactors are expected to cover about 10 percent of the total energy consumption.

Of the 33 workable reactors, 25 have been screened for safety checks by the Nuclear Safety Authority and 17 of those have received approval so far. However, just 10 have restarted following consent from local communities, three of which are currently offline pending regular safety inspections.