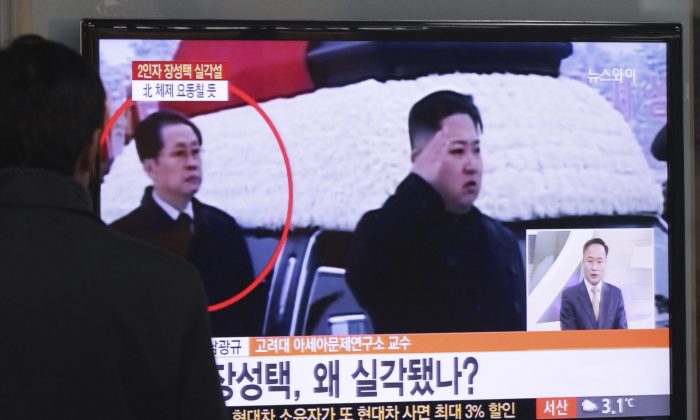 A file photo shows a man in South Korea watching a news program that shows Jang Song Thaek, who was executed by North Korean dictator Kim Jong Un. Now, Thaek's whole family has been executed as well, it has been revealed. (AP Photo/Ahn Young-joon)
Asia & Pacific

The family of Jang Song Thaek, the uncle of North Korean dictator Kim Jong-un that was recently executed, has been executed as well–including children.

Multiple sources told Seoul-based Yonhap news agency that all direct relatives of Thaek were executed, including the North Korean ambassadors to Cuba and Malaysia.

“Some relatives were shot to death by pistol in front of other people if they resisted while being dragged out of their apartment homes,” one source said.

All of the relatives were executed soon after Thaek was executed on December 12, the sources said.

News from the isolated country sometimes takes months or even years to make it out to the rest of the world, as it seems to be in this case.

Those spared from the executions include some relatives by marriage, including the wife of Yong-choi, even though their two children were not spared.

“The executions of Jang’s relatives mean that no traces of him should be left,” a source said. “The purge of the Jang Song-thaek people is under way on an extensive scale from relatives and low-level officials.”