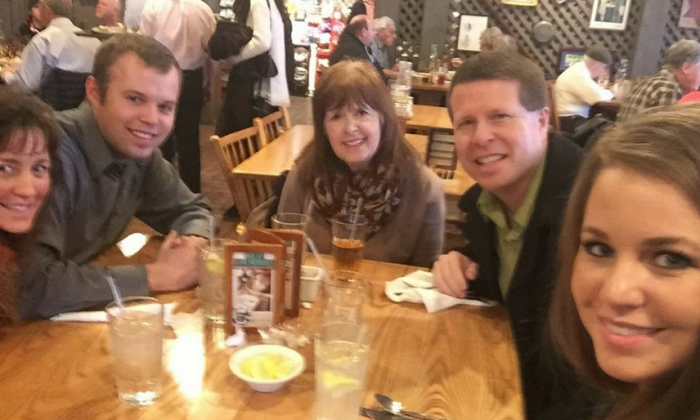 The twins are two of the oldest children of Jim Bob and Michelle Duggar, whose family has become famous thanks to their 1 Kids and Counting reality show.

Jana is the oldest daughter in the family while John David is the second-oldest son, behind Josh.

Interestingly, both Jana and John David are still single–despite their younger siblings Jill, 23. and Jessa, 22, getting married in 2014.

Josh, 26, has been married for a while and already has three children.

To celebrate their birthday, Jana and John David went to Cracker Barrel with their parents and Grandma Duggar, leaving all the little ones behind.

Since both twins still live at home, they’re still involved a lot with the large family. Jana in particular helps out a lot with babysitting and helping the younger children with things.

As the unofficial family blog notes, Jana is also a concert pianist, and she has been helping deliver babies as a midwife for years.

John, meanwhile, “has his pilot’s license, does construction work, and is a Washington County constable,” the blog said.

“Both have a heart for serving others and are involved in various ministries.”

Happy birthday to Jana & John! #Twins These two are fantastic older siblings and such amazing role models for me! Love them so much!