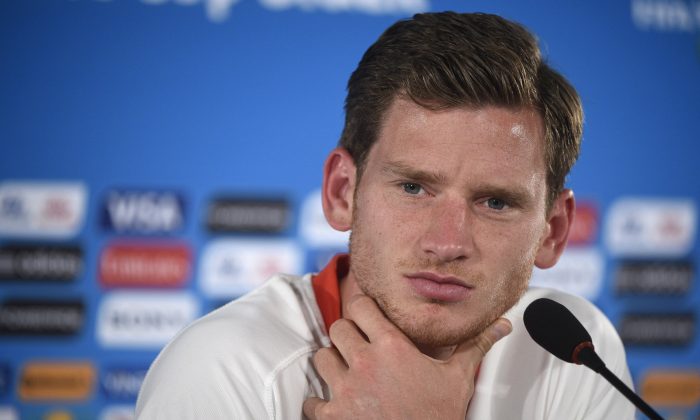 Belgium's defender Jan Vertonghen looks on during a press conference at Mane Garrincha National Stadium in Brasilila, on July 4, 2014, on the eve of a quarter-final football match between Argentina and Belgium during the 2014 FIFA World Cup. (MARTIN BUREAU/AFP/Getty Images)
News

Jan Vertonghen thinks that his team mate Divock Origi will be able to make it in England.

Origi has been linked with a move to Liverpool in the summer.

Vertonghen, who himself was linked with a move to Barcelona earlier in the year, told reporters that “[Origi] has the qualities to play for a good team in the Premier League and I think he shows it every game.”

“He has come on in every game, and he’s changed games for us.”
“He has the qualities to go to a bigger league, but obviously with Lille playing in the Champions League we’ll see.”