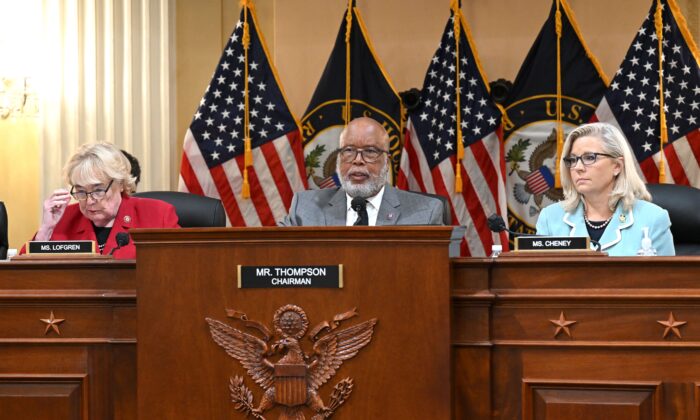 The House committee investigating the Jan. 6, 2021, breach of the U.S. Capitol will hold a sixth hearing on Tuesday, June 28, after previously stating that it would not be holding more hearings for the remainder of the month.

The decision comes as the committee plans to “present recently obtained evidence and receive witness testimony” according to an advisory released June 27. The hearing will be held at 1 p.m. Eastern time. No further details were provided.

The House committee had previously been scheduled to take a break from hearings until July.

“We’ve taken in some additional information that’s going to require additional work. So rather than present hearings that have not been the quality of the hearings in the past, we made a decision to just move into sometime in July,” Chairman Bennie Thompson (D-Miss.) told reporters on June 22.

According to multiple reports, Cassidy Hutchinson, a former special assistant to President Donald Trump’s chief of staff Mark Meadows, is set to testify publicly at the hearing.

Her planned appearance, which would mark the first time a White House employee testifies publicly before the committee, was first reported by Punchbowl News.

Hutchinson has already met with the committee on three separate occasions behind closed doors and video testimony from her deposition has been used during earlier panel hearings.

In March, Hutchinson told the committee that Reps. Jim Jordan (R-Ohio), Matt Gaetz (R-Fla.), Scott Perry (R-Pa.), Louie Gohmert (R-Texas), and other members of the House Freedom Caucus had met with then-White House Chief of Staff Mark Meadows to discuss ways to legally prevent the certification of the 2020 presidential election due to concerns of voter fraud.

That discussion allegedly included considering having then-Vice President Mike Pence refuse to accept the votes from battleground states like Pennsylvania, Michigan, and Arizona, where the results of the election had been contested.

Ultimately, that strategy was not pursued.

“They felt that he had the authority to—pardon me if my phrasing isn’t correct on this, but—send votes back to the states or the electors back to the states,” she said, according to a partial transcript of her March 7 testimony (pdf), which was publicly released on April 22.

Most recently, the former Trump administration’s special assistant named several lawmakers who allegedly sought pardons from Trump in the aftermath of the Jan. 6 Capitol breach.

Perry has vehemently denied that he sought a pardon, and Gohmert, Biggs, and Greene have also rejected that claim.

The committee, which includes seven Democrats and two Republicans, has so far held five hearings on the 2021 breach of the U.S. Capitol in which supporters of Trump stormed Congress to call for voting transparency amid reports of widespread fraud and irregularities.