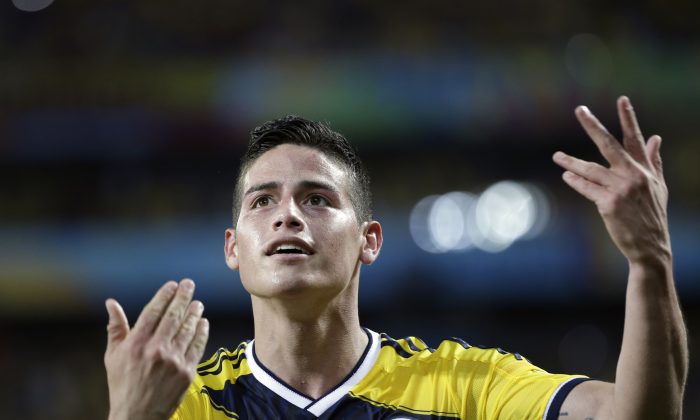 English Premier League sides Manchester United and Tottenham Hotspur have started to take interest in the player, but Italian Serie A club Napoli could beat them to Rodriguez’s signature.

“I can confirm that I have spoken with Napoli,” Erayabakan said to AreaNapoli.

“[Aurelio] De Laurentiis is a great person and one of the best presidents I have ever seen.”

“But the Neapolitans are not the only ones that are following Rodriguez. Let’s see what the future holds.”

“There are several European clubs after him, but it’s best not to say anything at the moment.”

“But what I can say is that his price has increased after the way he’s played these past few months,” Erayabakan concluded.

See an Associated Press article on Colombia’s match against Uruguay on Saturday.

No Suarez, No Falcao for Uruguay-Colombia Match