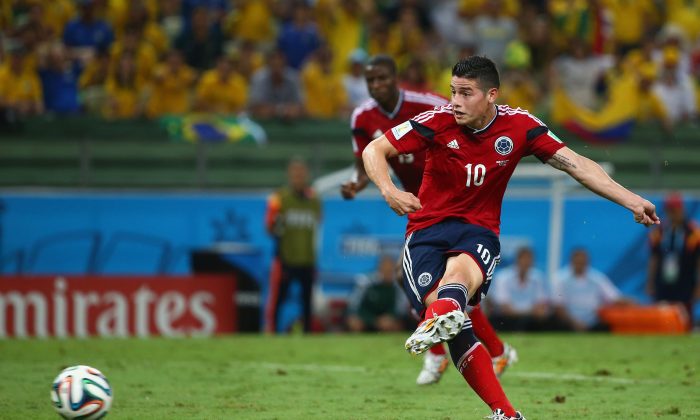 James Rodriguez of Colombia shoots and scores his team's first goal on a penalty kick during the 2014 FIFA World Cup Brazil Quarter Final match between Brazil and Colombia at Castelao on July 4, 2014 in Fortaleza, Brazil. (Robert Cianflone/Getty Images)
Soccer

James Rodriguez scored a penalty in the 80th minute.

Check out the goal here.